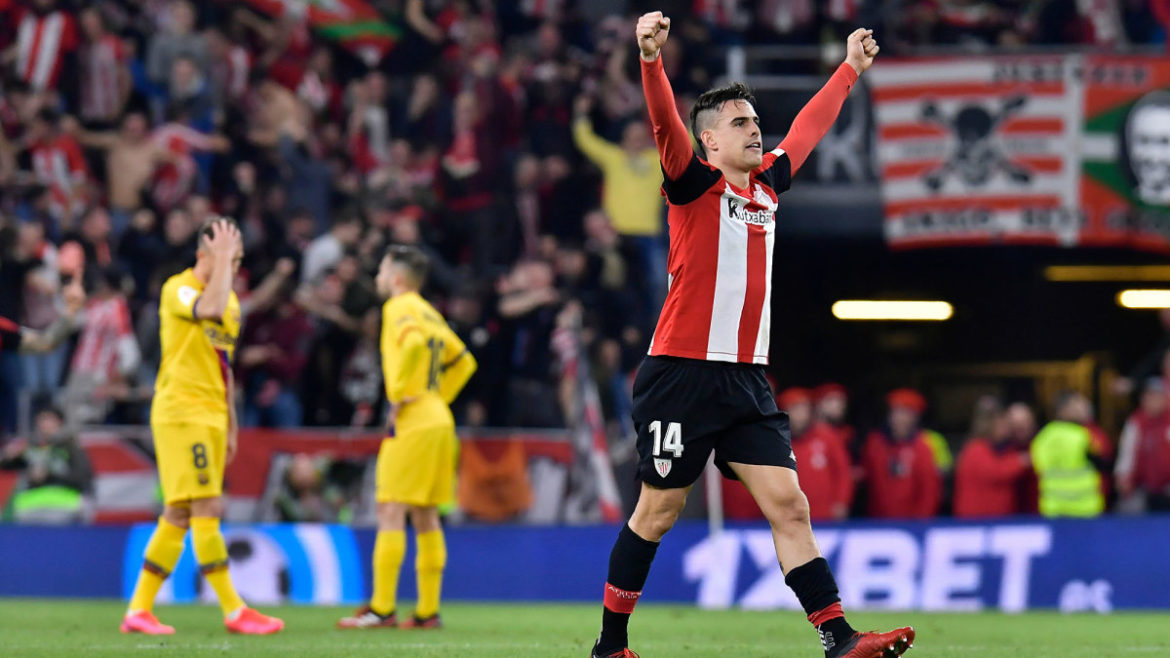 Barcelona’s hopes of reaching a seventh successive Copa del Rey final have ended at the quarter-final stage with defeat by Athletic Bilbao.

The tight contest was decided in the third minute of stoppage time when Spanish forward Inaki Williams headed past Marc-Andre ter Stegen.

Barcelona captain Lionel Messi wasted a good late chance when he fired at the legs of Athletic goalkeeper Unai Simon.

There was another cup shock earlier when Real Madrid lost to Real Sociedad.

It means for the first time since 2010, the Copa del Rey final will feature neither Barcelona nor Real.

The two surprise results come a day after second-tier side Mirandes defeated Villarreal 4-2. Granada, who overcame Valencia 2-1, make up the semi-final line-up.