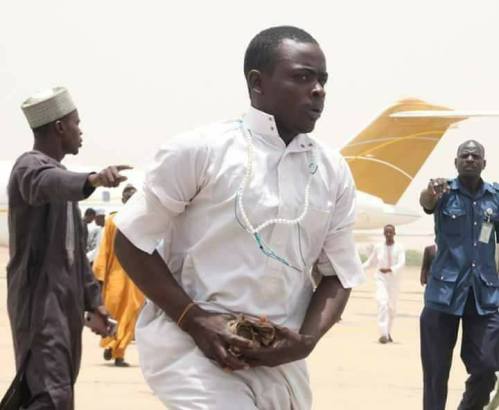 Nigeria’s former Vice-President, Atiku Abubakar, who has indicated interest in contesting in the 2019 Presidential election, caused pandemonium at the airport shortly after he arrived in Kano state.

According to eyewitnesses, even the airport officials and security personnel struggled to get their own share of the money, which became chaotic moment at the Kano airport. Here are some photos from the scene;

This is coming few days after the House of Representatives Ad-hoc Committee investigating the termination of contract between the Nigerian Ports Authority (NPA) and the Integrated Logistics Services (INTELS) Limited, on Wednesday accused INTELS of short changing Nigerians.

Intels, a logistics and facilities services provider in the maritime and oil and gas sectors, was co-founded by Gabriele Volpi, an Italian national, and former vice-president, Atiku Abubakar.

Atiku has since sold down most of his interest in the company, to the former Lagos State governor and APC national leader Bola Tinubu.

Chairman of the House ad hoc committee, Rep. Pally Iriase, who made the accusation at a public hearing on the probe, alleged that INTELS had been short changing the government in its remittance of revenue.

The News Agency of Nigeria (NAN) reports that the management of INTELS did not turn up for the public hearing, except for its legal supervisor, Mr Irabor Kenneth.

Iriase, who is the Deputy Whip of the House, expressed concern that officials of INTELS failed to attend the hearing.

He described the action of INTELS management as an affront on the National Assembly.

According to him, this is an indication that the company, based on evidence before the House committee has been exploiting loopholes in the existing contract with the NPA to deny the government legitimate revenue. 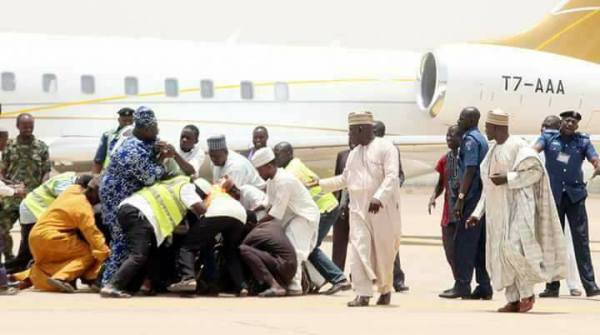 ‘We have to kill the snake of corruption’, Atiku Abubakar