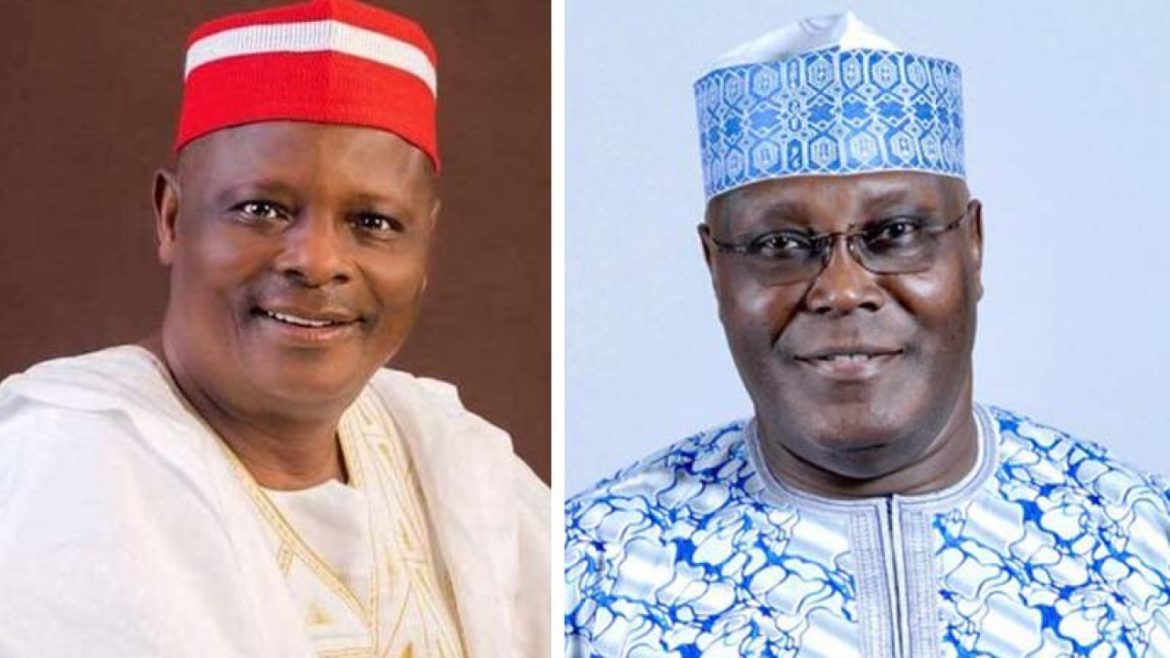 •As Party Zone Presidency To The NORTH

‘Start early,’ is the unwritten guide politicians from this part of the world keep close to their chests.

Ahead of 2023 general election, the major opposition party, the People’s Democratic Party, PDP, is keeping its game plan away from Nigerians, many of whom are already asking questions concerning its stand on zoning the much-sought-after ticket. While Prince Uche Secondus, chairman of the party insists zoning is not a topic of debate before the National Working Committee; other prominent members and leaders of the various organs of the party are reluctant to say a word on 2023

But there are indications that the former Vice President Atiku Abubakar, and a two-term governor of Kano State Rabiu Misa Kwankwaso as potential flagbearer of the party’s 2023 presidential ticket. Just as the loud silence in the ruling All Progressive Congress, APC is screaming Asiwaju Bola Ahmed Tinubu as the preferred candidate, the same can be said of the major opposition party, PDP. However, there have been varying interest among the top shots in the party as to whether all the stakeholders are on the same page.

Since 2019, when Atiku Abubakar had lost in the general elections, he had retreated back to his chambers of political calculation and reviewed his shortcomings and flaws. He had begun preparation for 2023 almost immediately after President Buhari was announced as the winner of the elections. Other aspirants who defected from the APC to try their chances at the convention, but lost to Atiku, have also not given on the possibility of a second chance.

It was learned that within the PDP hierarchy, the belief is that Buhari did not win the election against Atiku, but muscled him out with the power of incumbency. But in 2023, where Buhari would not contest, it is strongly believed that an Atiku candidacy would be able to beat any other candidate of the All Progressives Congress.

Although yet to declare an interest in the race, Atiku appears to be testing the waters, given the tone of the public statements he’s been issuing in the last 6 months. The former Vice President seems to be ahead of the presidency in every case that demands a response.Only recently, a group which calls itself All Atiku Support Group, AASG, let the cat out of the proverbial bag when it hit Professor Tahir Mamman, National Vice Chairman (North East) of the All Progressives Congress, APC, for daring to counsel Atiku to forgo his rumored 2023 Presidential ambition.

Just two months ago, Atiku launched massive membership re-registration drive” for his support organization aimed at mobilizing support for his 2023 presidential bid. He inaugurated Atiku Support Groups across the 36 states of the federation, with Atiku Aminu Mohammed as Chairman of the Atiku Support Organisation (ASO). In all Atiku has built a battle-ready machinery that is working at full capacity, and team of media practitioners who ae working round the clock to cross the Ts and dot the Is. Like Atiku, Rabiu Musa Kwankwaso’s mobility across the length and breadth of Nigeria has again led many to speculate about his future. The Lagos state chapter of the Kwankwasiyya has been revived and the weekly meetings usually witness thousands of members on red caps. It was also revealed that RMK, as he’s fondly called undertook a private visit to the homes of prominent Nigerians to seek their approval and support in what has since been described as consultation visits ahead of the 2023 polls. A few weeks ago, a group, Kwankwaso’s Support Movement revived their presence on Twitter handle and is gradually shaping the narratives around the two-term Governor.

Kwankwaso had in the past contested the presidency twice on the platform of both the APC and the major opposition party, the Peoples Democratic Party (PDP) in 2015 and 2019 respectively. The apprehension of the APC leaders might not be unconnected to the fact of the rising profile of Kwankwaso being a cult-like figure like the incumbent Muhammadu Buhari in the North, a development that portends grave dangers should the PDP zones the ticket to the North.

The followership of Kwankwaso in the North can only be compared to that enjoyed by General Muhammadu Buhari in the North before the 2015 general elections. The fact remains that no political party worth its salt would toy with the possibility of having the former governor within its fold in the build-up to the forthcoming election.  The fear of the APC leader is further made worse by the agitation from southern members that the ticket be zoned to their area in the interest of a purported agreement reached the formation of the party 2014 that power must oscillate between the two regions.

Kwankwaso remains one of the few former governors or public officials who have not had any serious brush with the various anti-corruption agencies over his stay in office hence it would be difficult to hold him down with allegations of financial sleaze in the build-up to the poll.

To curtail his rising profile of the former Minister of Defence, Sen Kwakwanso has become the toast of the leadership of the APC who have been wooing him to their party ahead of the forthcoming poll.

Some members of the APC are said to have reached out to the former minister with a view to returning him back to the APC which he was a founding member with a view to bringing him on board as the third force in the already divided party. As Nigerians look anxiously to the months ahead, it would be interesting to see who among the two and the horde of others fated to indicate interest in the race, the PDP will settle for to test his/her popularity among Nigerians for the job.