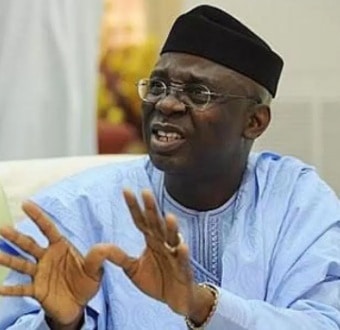 The cleric said this while speaking to newsmen in Ikeja.

According to him, the emergence of Atiku was a welcome development as it meant the battle for the presidency would be a tough contest between him and President Muhammadu Buhari.

He added that both the president, who is the candidate of the All Progressives Congress (APC), and Abubakar were equal match and it was Nigerians who would decide between the two.

“I congratulate him (Abubakar), he makes the issue in 2019 more robust.

“I wish president Muhammadu Buhari the best in 2019.

“He has the power of incumbency and he will do his best to win the election, but Atiku is not going to take No for an answer when the two forces collide in the election,” he said.

Bakare said Abubakar, just like Buhari, had the experience, the exposure and the acceptance expected of the country’s president.

He, however, pointed out that having those qualities alone would not translate into the victory for him, as the electorate would decide the parameters on which to elect the next president.

“I can’t say Atiku will win or lose. You see, I am not advocating for him. Among all the aspirants who contested the PDP’s ticket with him, he is perhaps the most cosmopolitan,he is a Wazobia man.

“He was Vice-President for eight years, and he inherited something from late Yaradua that he had held on to so effectively.

“He has been a businessman with a business acumen and he has the exposure.

“But you see, that is not what qualifies you to win. A lot comes into play, so again, I can not say whether he will win or lose,” NAN quoted him as saying.

Atiku’s victory would make the 2019 election keen and interesting was last modified: October 7th, 2018 by Reporter