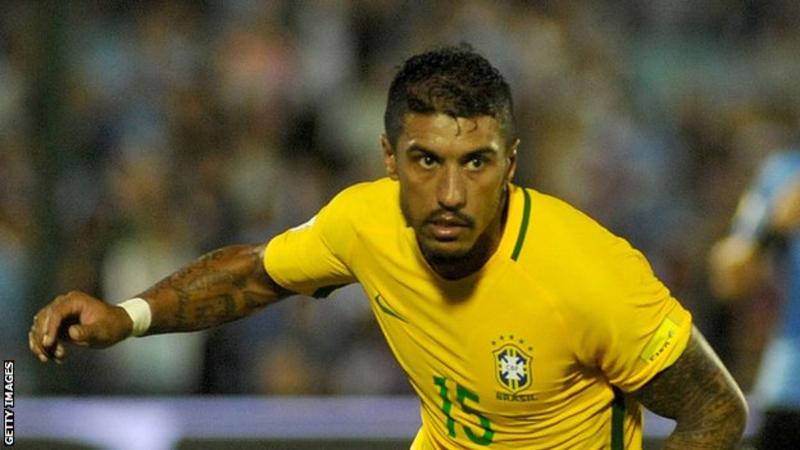 The former Tottenham player, 29, is the Spanish club’s first signing since Neymar left to join Paris St-Germain in a world record transfer.

Meanwhile, Barca’s Uruguayan forward Luis Suarez will be out for “four to five weeks” after he was injured in the Super Cup defeat by Real Madrid.

He will also miss World Cup qualifiers against Argentina and Paraguay.

Paulinho joined Tottenham for £17m from Corinthians in 2013, before moving to China in 2015.

He helped Evergrande win last season’s Chinese Super League and leaves the team top of the table in the current campaign.

Paulinho said: “You have to face challenges with courage. I will try to do my job and I am prepared. It’s a very satisfying moment. The dream I have been looking for has come true. I will give everything.”

REAL MADRID WERE BETTER THAN US – PIQUE