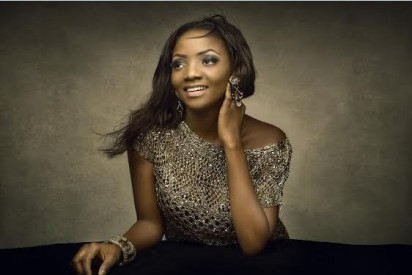 Nigerian Afropop singer, Simi, has lent her voice to speak against bias which women are constantly faced with in the society.

The gifted singer and songwriter took to her social media account to identify some expectations contemporary women struggle to ultimately satisfy.

“Being a woman is hard AF. No boobs? Dang. Grow some. Boobs? Cover yourself. You’re so vulgar. No booty? Everyone will laugh at you for it. Booty? Well, you better cover yourself cause you don’t wanna draw attention to that booty. Short? You need to wear heels. tall? Dang. You can’t be taller than your man. Also, never wear heels,” Simi wrote.

Simi went further to acknowledge the beauty and resilience of the womenfolk in the spirit of the recently commemorated Mother’s Day celebration.

“As far as I’m confirmed, every woman is a mother because of her ability to nurture and bring to life magic, from her heart, with her hands, from her womb, by her patience, in her sacrifice,” the singer said.

“So Happy Mother’s Day to you Queen…We, women constantly shamed for everything. So we might as well do whatever we want.”

The ‘Joromi’ singer recently debuted as a music producer in her latest single ‘Small Ting’ which was released on Monday.

“Being a woman is hard” Simi Speaks Against Gender Bias In Africa was last modified: May 14th, 2019 by Damilare Salami