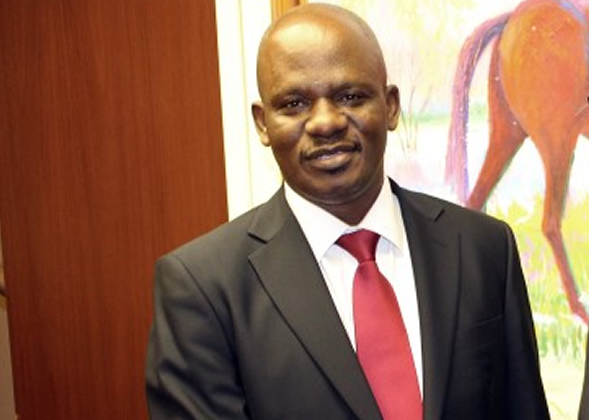 A new Consul-General, Benaoyagha Okoyen, has assumed duty at the Consulate-General office of Nigeria in New York.

Mr Okoyen replaced late Tanko Suleiman, who died on Sunday, few days after returning from a completed tour of duty in New York, where he retired on April 27.

He was the immediate past Minister and Deputy Permanent Representative, Permanent Mission of Nigeria to the United Nations Office and other international organisations in Geneva.

The new Nigeria envoy had also served briefly as the head of the New York Consulate in 2015.

Prior to being appointed Consul-General of Nigeria in New York, Mr Okoyen had served as the Protocol Liaison Officer as well as the Special Assistant to the President of Nigeria from 2011 to 2015.

The Consul-General also served as a Protocol Liaison Officer to the Vice President of Nigeria from 2008 to 2010.

Mr Okoyen pledged to ensure improved consular services to Nigerians and other nationals.

He assured of significant improvement in how Nigerians are treated and serviced by the New York Consulate Office.

Mr Okoyen hoped to achieve this by setting a clear direction for the Consulate along with the experienced team of officers to make it well-positioned to deliver the required result tor Nigeria.

The News Agency of Nigeria (NAN) reports that late Mr Suleiman, the immediate past Consul-General, made the consulate “customer-friendly” to those seeking various consular services and had better engagements with the Nigerian Community.

This followed disruption of activities at the consulate in November 2017 by some Nigerians over alleged poor consular services, a week after he assumed duty.

However, he succeeded in changing the perception that one needed to know someone in the consulate in order to obtain quality services.

Specifically, passports processing is now strictly based on appointment date while customers spend less than two hours for processing time.

There is also priority service to the elderly, handicap and women with infants while reception rooms are comfortable, with light refreshments and televisions.