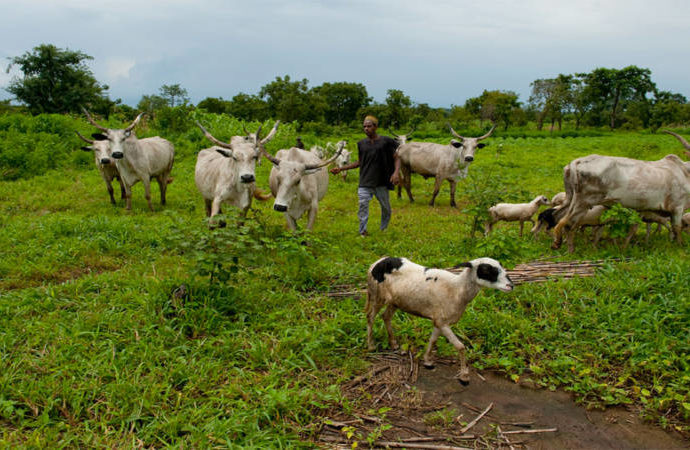 The Benue State House of Assembly on Thursday passed the bill prohibiting Open Rearing and Grazing into law, making it the second State in Nigeria, after Ekiti State, to ban open grazing.

The House had on Tuesday received the report of its Committee on Agriculture and Natural Resources on the bill to prohibit open grazing in the State.

The report was presented by the Chairman of the Committee, James Gbande.

The report shows that the title of the bill was changed from Livestock Promotion, Development and Regulatory Agency Establishment Bill, to A Bill to Prohibit Open Rearing and Grazing of Livestock and provide for the establishment of Ranches and Livestock Administration, Regulation and Control in line with the feelings of Benue State people.

The lawmakers, who debated the bill on Thursday, agreed that the development would henceforth end the protracted war between Benue State farmers and herdsmen.

The House subsequently stipulated that any herder found violating the law would be sentenced to five years imprisonment and as well pay a fine of N1 million.

According to the House: “Nobody will be permitted to carry out open grazing outside the permitted ranches.

“Any person who contravenes this act shall be guilty and upon conviction be sentenced to five years imprisonment with a fine of N1 million.

“Where damage is done to crops, the farm will be evaluated and the manager of the livestock be compelled to pay.

“Movement of livestock on foot within the state is hereby prohibited. Any person who contravenes this shall be sentenced to one year imprisonment or pay a fine of N500,000.

“Any livestock owner or manager who carries firearms shall be treated under the penal code. All ranchers shall engage the services of security agencies.

“Any person who rustles cattle shall be sentenced to five years imprisonment or pay a fine of N100,000 per cow. Any livestock wandering shall be impounded by the department of livestock.

“Any livestock impounded and the owner not found shall be auctioned to the public and the proceeds be deposited into the state consolidated revenue account.

“They shall be established, a special open prohibition TAX FORCE that will enforce these laws as stipulated.”

Benue bans open grazing of cattle, sets jail term for offenders was last modified: May 5th, 2017 by Arinze Ago

Details Of My Deal With DOLLAR Construction...