Biblical Prophecy: Why the World will End on Sept. 23 – Christian Numerologists Claim 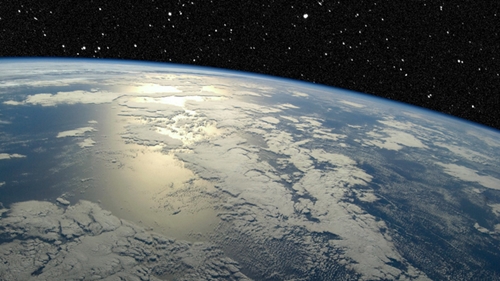 Christian numerologists claim that the world will end on Sept. 23, 2017 as they believe a planet will collide with Earth.
According to Christian numerologist, David Meade, verses in Luke 21: 25 to 26 is the sign that recent events, such as the recent solar eclipse and Hurricane Harvey, are signs of the apocalypse.
The verses read:
“25: There will be signs in the sun, moon and stars. On the earth, nations will be in anguish and perplexity at the roaring and tossing of the sea. People will faint from terror, apprehensive of what is coming on the world, for the heavenly bodies will be shaken.’
“’26: Men’s hearts failing them for fear, and for looking after those things which are coming on the earth: for the powers of heaven shall be shaken.’
Sept. 23 is a date that was pinpointed using codes from the Bible, as well as a “date marker” in the pyramids of Giza in Egypt.
Meade has built his theory, which is viewed with a widely skeptical lens, on the so-called Planet X, which is also known as Nibiru, which he believes will pass Earth on Sept. 23, causing volcanic eruptions, tsunamis and earthquakes.
NASA has repeatedly said Planet X is a hoax.
Revelation 12:1–2, is supposed to be the start of the Rapture and second coming of Christ, which is also being mentioned heavily by Christian conspiracy theorists.
The passage reads: “And a great sign appeared in heaven: a woman clothed with the sun, with the moon under her feet, and on her head a crown of 12 stars. She was pregnant and was crying out in birth pains and the agony of giving birth.”
In the passage, the woman is Virgo. On Sept. 23, both the Sun and the Moon will be in Virgo, as will the planet Jupiter. However, this occurence happens naturally once every 12 years. There is also a rare alignment, known as “the Lion of the tribe of Judah,” which the conspiracy theorists are hanging their hats on.
According to the Express, author Jonathan Sarfati wrote that the same planetary coincidence previously happened four times in the last millennium.
“As usual with any astrology (or Christian adaptations of it), one cherry-picks the stars that fit the desired conclusion,” Sarfati wrote, according to the Express. “There is nothing to suggest that 23 September is a momentous date for biblical prophecy, and Christians need to be careful about being drawn into such sensationalist claims.”
Source: FoxNews.com
Biblical Prophecy: Why the World will End on Sept. 23 – Christian Numerologists Claim was last modified: September 21st, 2017 by Arinze Ago