Birth Registration Improves By Over 100% In Nigeria – UNICEF, NPC 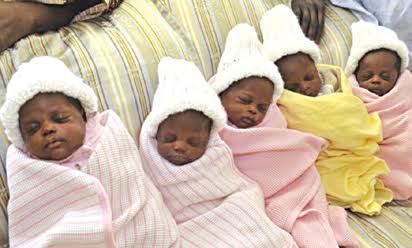 A report in Abuja on Monday revealed that the birth registration programme implemented by the National Population Commission (NPC), with support from UNICEF, has seen the number of children between the ages of zero and 17 years registered in Nigeria hit 29 million.

According to the report, the programme increased by more than 100 per cent the number of children registered for under one year of age, up from three million in 2012 to 11 million in 2016.

“In 2011, the birth registration rate was 41 per cent, which means that three in every five children were not registered. This lack of birth registration negatively affects a child’s ability to access his or her right to health care, education and many other rights.”

At the level of infrastructure, the numbers of NPopC registrars/centres increased to nearly 4000 in 2016 from about 3,000 in 2012, helping to achieve a harmonized, accessible and efficient birth registration system, which now functions as an integral part of Civil Registration and Vital Statistics (CRVS) in Nigeria.

The programme’s use of ICT tools for birth registration introduced target-driven performance in all of the 774 local government areas in Nigeria. The LGAs now have specified targets, reports and performance ranking.

The report asked NPopC, as a primary service provider, to take “greater ownership and a proactive approach” on registration of newborn children and all other children who are still unregistered. It also advised the population body to prioritize digitization, advocacy and lobbying for more funds to effectively implement the Strategic CRVS Plan (2018-2022).

Among key benefits of the programme include fully sustained partnership and convergence with health interventions; innovative use of ICT tools and applications; and a strong link with the national CRVS Strategic Plan (2018-22).

Birth registration remains pivotal to child well being in Nigeria, Overall survey results, as part of the evaluation, indicate that nearly half of the survey respondents perceived that an increase in birth registration can help reduce child rights violations.

Meanwhile, UNICEF is this year marking the 30th anniversary of the Convention on the Rights of the Child which calls for all children to have their birth legally registered, even as the world body pledges its continued commitment to support inter-agency collaboration to achieve accelerated birth registration so that no child is left behind.

JAMB Arrests Over 50 Mercenaries During 2019 UTME