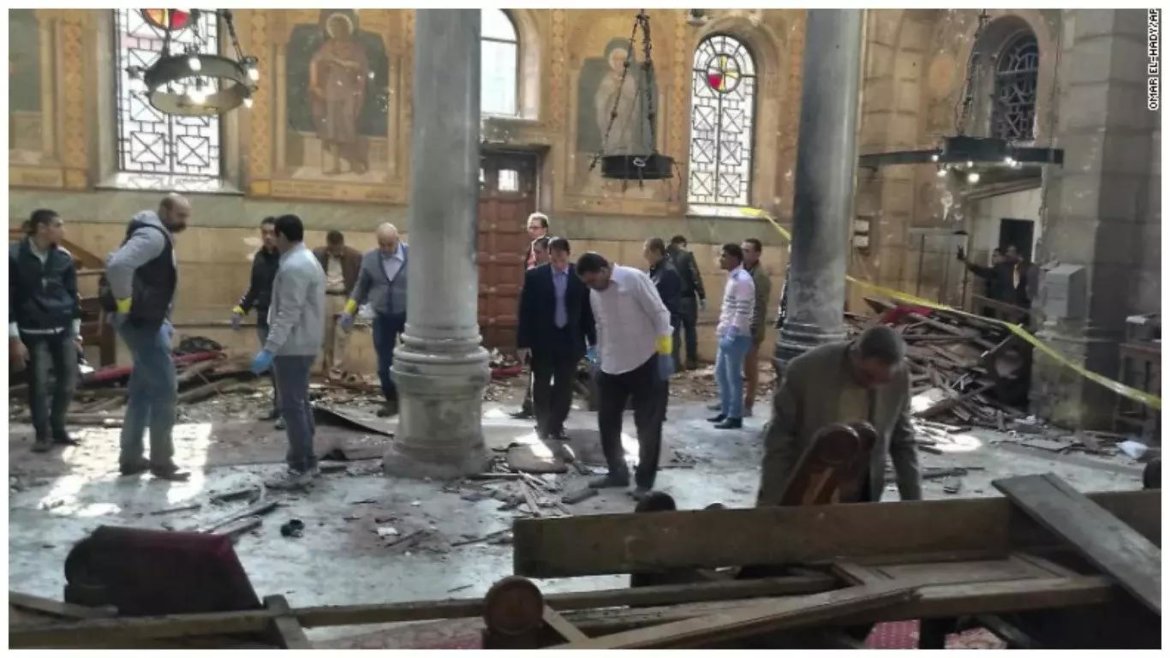 50 others were wounded as death toll has risen to 21 in an explosion that rocked a Coptic Christian church in northern Egypt during a service to celebrate Palm Sunday.

CNN reports that an additional 50 others were wounded in the explosion that occurred at St. George (Mar Girgis) Coptic church in Tanta. 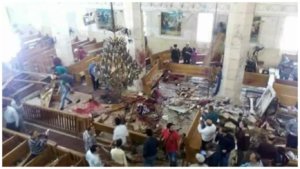 It was gathered that the explosive device was planted under a seat in the church, where it detonated in the main prayer hall. “Terrorism hits Egypt again, this time on Palm Sunday. Another obnoxious but failed attempt against all Egyptians,” the foreign affairs ministry tweeted. Palm Sunday is the Sunday before Easter, and marks the start of Holy Week for Christians. Social media video showed crowds gathered outside the church shortly after the attack. While it’s unclear who attacked the church Sunday, Copts face persecution and discrimination that has spiked since the toppling of Hosni Mubarak’s regime in 2011. Dozens have been killed in sectarian clashes. In December, an attack at a Coptic church in Cairo killed 25 people. “Coptic churches and homes have been set on fire, members of the Coptic minority have been physically attacked, and their property has been looted,” rights group Amnesty International reported in March. After initial reports of 13 dead, an Egyptian official said the death toll had risen to 21. The blast struck at the Mar Girgis Coptic Church in the Nile Delta city of Tanta, about 120 kilometres (75 miles) north of Cairo, just before 10:00 am local time (0800 GMT), state television reported.