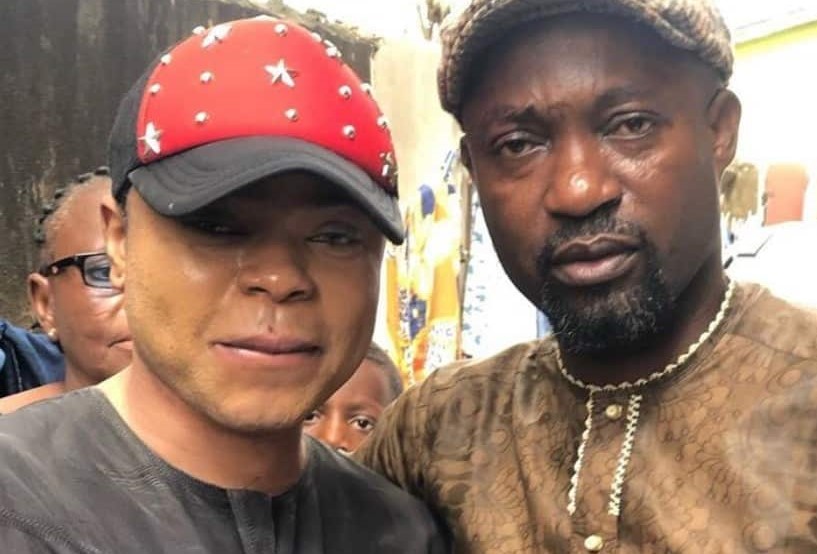 Bobrisky adorned a male attire – a black regalia and a face cap when he appeared at the party.

The cross-dresser had earlier taken to his official page on photo-sharing app, Instagram, to celebrate his dear father who just clocked a new age.

Bobrisky in his usual fashion of showing off posted the photo of a huge birthday cake which was made for his dad.