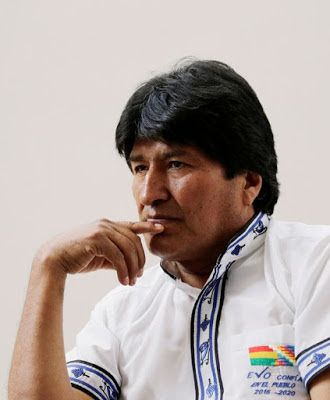 Bolivian president Evo Morales was in session with international lawyers when he started playing with the device, but it suddenly emitted the sound of a woman moaning with pleasure.

In apparent shock, the politician fumbles with the phone and sends it flying, forcing him to rise from his seat and scoop up the handset – still whailing – from the floor.

The footage – released by LiveLeak.com – reveals the sexy sound effects caused roars of laughter in the somber courtroom.