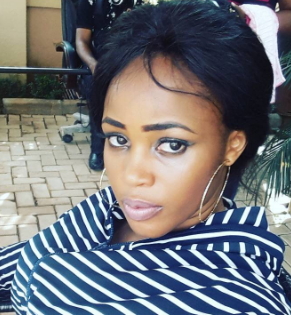 Popular Nollywood actress, Bose Omotoyossi is among the very hardworking and industrious actresses in the industry. Besides being a movie maker, she is also a brand ambassador for Ntel, she has featured in over 50 movies both English and Yoruba. She has equally produced over ten movies. Her story line is always exceptional and she leaves no stone unturned. When producing any movie, she tries to give in her best using A list stars, modern equipment and beautiful locations just to meet up with the expectations of her fans. But this period certainly is not a good time for this beautiful, talented, mother of four as she incurred a huge sum of N12 million in her movie titled “Over Blind Sport”.

The said movie featured Notable stars like Majid Micheal,  Mercy Johnson, Nuella Njubigbo Chikere and a host of others.

According to a reliable source, the production of the said movie went on perfectly with the state of the art equipment, beautiful location to depicts the story and good casts and crew to interprete their roles perfectly. But after the successful production of the movie, it was discovered that the editor of the movie lost the footage of the movie and unfortunately he didn’t use a backup drive for the movie. Every effort made to retrieve the footage proved abortive.

The Ntel ambassador has since tried her possible best to gather her casts to see if they can possibly have a reshoot but she has not been fortunate with the plan and due to this, she has been very unhappy with the situation, considering the amount of money involved in the production.

BOSE ALAO OMOTOYOSI LOSSES N12 MILLION ON HER MOVIE was last modified: May 14th, 2018 by Reporter