My Bout With Conor McGregor Will Happen Soon – Floyd Mayweather 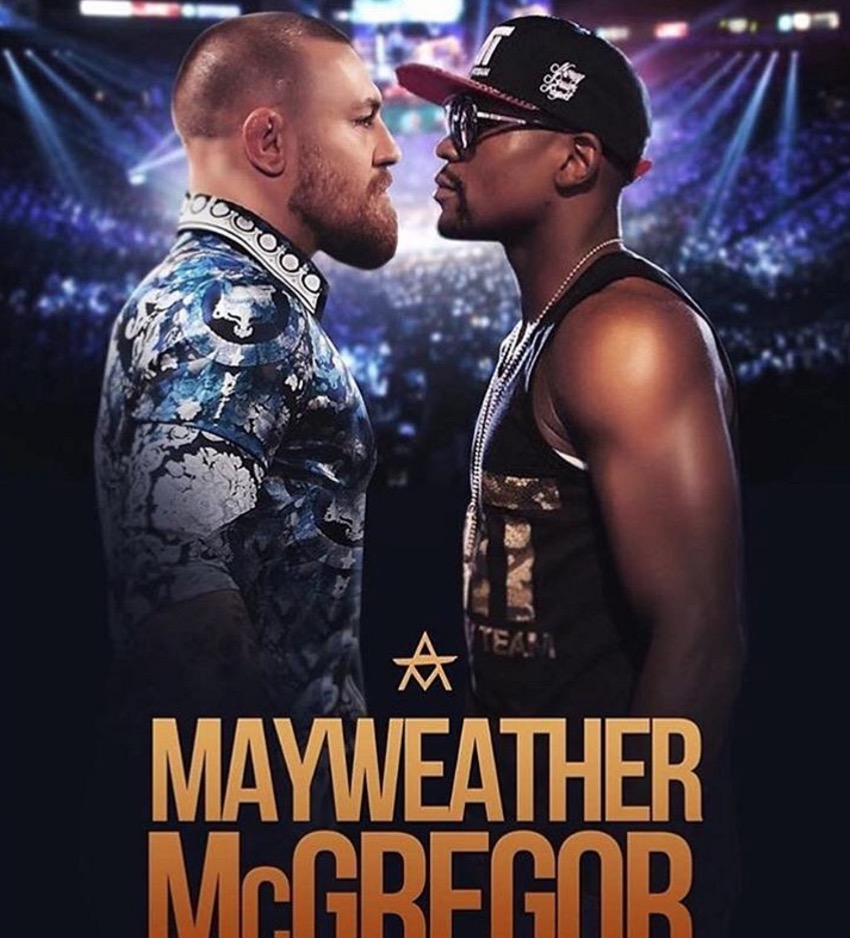 Floyd Mayweather Jr. believes a super fight between him and MMA star Conor McGregor will happen sooner rather than later.

Mayweather told ESPN’s Stephen A. Smith at Saturday’s NBA game between the Golden State Warriors and Oklahoma City Thunder that the two fighters are on the verge of an agreement.

While Mayweather is optimistic, he said that nothing is guaranteed until contracts are signed. No timetable was given for the prospective boxing match.

“Real people are having real discussions,” Nevada State Athletic Commission chairman Anthony Marnell told ESPN on Tuesday, “I’m also telling you my opinion as the NSAC chairman that a lot of things need to get done in order to see something like this come together because there are so many parties that want to get their hands on the pot.

“Maybe it will get figured out, but it’s going to be hard when everyone is declaring they want $100 million.”

Mayweather, a former five-division boxing champion who retired undefeated at 49-0 in 2015, said in January that he believed the fight could happen after McGregor said he was determined to fight him.

UFC president Dana White offered McGregor and Mayweather a sum of $25 million each in January for a fight. Mayweather scoffed at the offer, saying White was “an (expletive) comedian.”

McGregor last competed at UFC 205 last November when he beat Eddie Alvarez for the lightweight title to become the first two-division champion in UFC history.

McGregor, 21-3 in MMA competition, is not scheduled to compete in a UFC event until May to avoid putting unnecessary stress on partner Dee Devlin, who is pregnant with the couple’s first child.