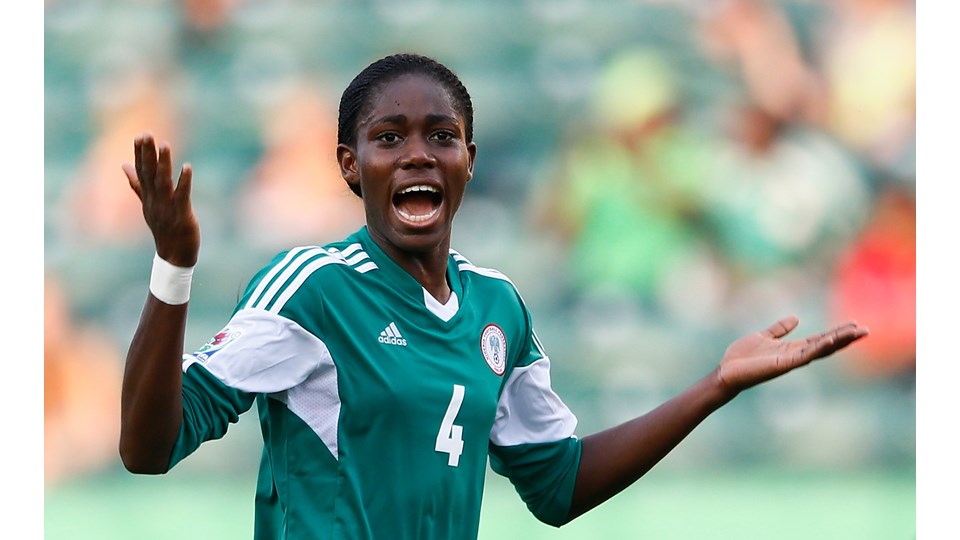 The Super Falcons forward, Asisat Oshoala, has left Women’s Super League One club, Arsenal Ladies, in England to join Chinese side, Dalian Quanjian.
The 22-year-old won the BBC’s Women’s Footballer of the Year Award in 2015 before joining Arsenal from Liverpool.
She helped the Gunners win the Women’s FA Cup at Wembley in May and recently won the 2016 African Women’s Player of the Year Award.
Oshoala also played for Nigeria at the 2015 FIFA Women’s World Cup in Canada.
The News Agency of Nigeria reports that the forward had joined the club at the start of the 2016 FA WSL season and made 11 appearances for Arsenal Ladies.
This included the SSE Women’s FA Cup win at Wembley Stadium.
She was part of the Nigerian team which won the African Women’s Cup of Nations in December.
Arsenal Ladies FC, in a reaction to Oshoala’s departure, praised the player for her services.
“We will like to thank Asisat for her contributions to Arsenal Ladies during the 2016 season and wish her well in her upcoming move, which is subject to the completion of the player’s registration process.”
Oshoala started her football career in Lagos Nigeria playing different amataur divisions before she finally jet to Rivers Angel from where she secured a move to Liverpool and then Arsenal.

For The Money? Nigerian Star Oshoala, Dumps Arsenal For Chinese Side was last modified: February 15th, 2017 by Damilare Salami

My Bout With Conor McGregor Will Happen Soon – Floyd Mayweather