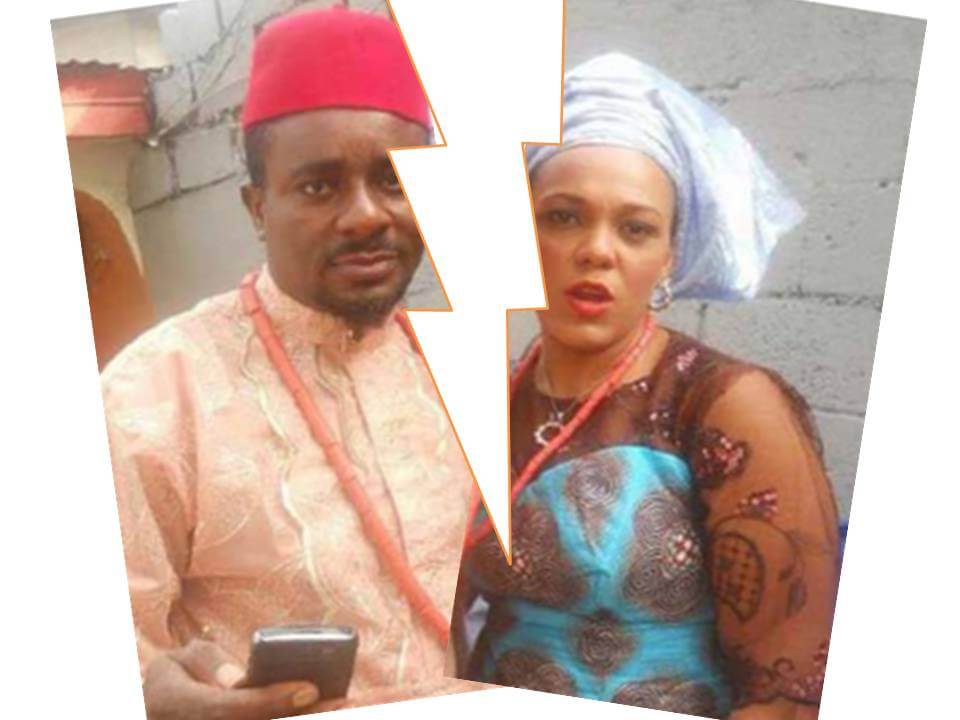 Nollywood actor, Emeka Ike and his wife, Suzanne Emma, have parted ways. A Lagos Island Customary Court, South West Nigeria today dissolved their 17 year-old marriage.
The three-man panel presided over by Chief Awo Awosola, dissolved the marriage in a judgment following a petition filed by Suzanne. Other members of the panel of judges were: Mrs. Opeyemi Olanrewaju and Mr Kehinde Jacob Olayinka. Emeka Ike and his estranged wife, Emma “From all evidence before the court, the marriage between the couple had broken down, and it is irreconcilable, consequently, the marriage is hereby dissolved”, said the court. The court granted Emeka the custody of the four children, but ordered that Suzanne should be granted unhindered access to them. Either Suzanne or Emeka Ike has 30 days to appeal. The court also received a photocopy of a bank draft of N300 dated July 20, 2016, which the Suzanne used in refunding the bride price, paid to her family during their marriage. Suzanne in the petition filed before the court accused Emeka of incessant beating, molestation, and torture, which she said she could no longer endure. But Emeka in his response denied beating, molesting or torturing his wife. He urged the court not to dissolve the marriage. He also informed the court that his wife had moved out of their matrimonial home five times without any reason. He also told the court that the only time ‘devil’ entered their marriage, was when his wife paid for the children’s school fees.

Racism? Boy Refuses To Stand In Front Of A Player Because He Thinks He Is A Monkey [Photo]