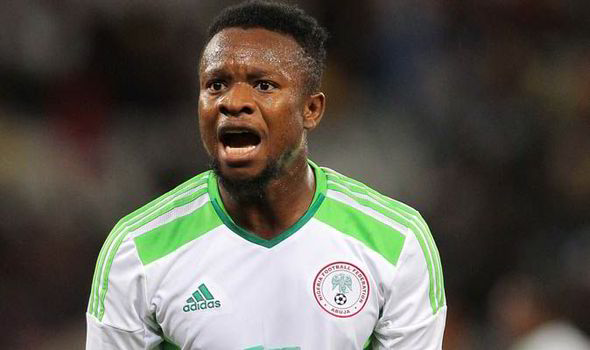 Ogenyi Onazi has been dropped as Assitant Captain of the Super Eagles, ahead of the 2018 World Cup in Russia.

This might not be unconnected with his squabble with the team leader, John Obi Mikel.

Daily Sun reports that all is still not well in the Super Eagles’ camp, ahead of the World Cup.

According to the report, Onazi, who plies his trade with Trabzonspor of Turkey, would no longer serve as assistant captain.

The national team manager, Gernot Rohr is not disposed to the appointment of a vice captain, saying the idea was counter productive to his plans ahead of the Mundial.

“Rohr has resolved to cancel the position of assistant captain in the Super Eagles as it is believed to be one of the issues militating against the team.

“Mikel remains is the captain and have been told to hand over the captain’s band to the most senior player on the pitch whenever he is being substituted.

“By this pronouncement, Onazi ceased to be Super Eagles’ vice captain from now on,” a source was quoted as saying.

Recall that there was tension in Nigeria’s camp ahead of the 2018 World Cup over a rumoured stand-off between Mikel and Onazi.