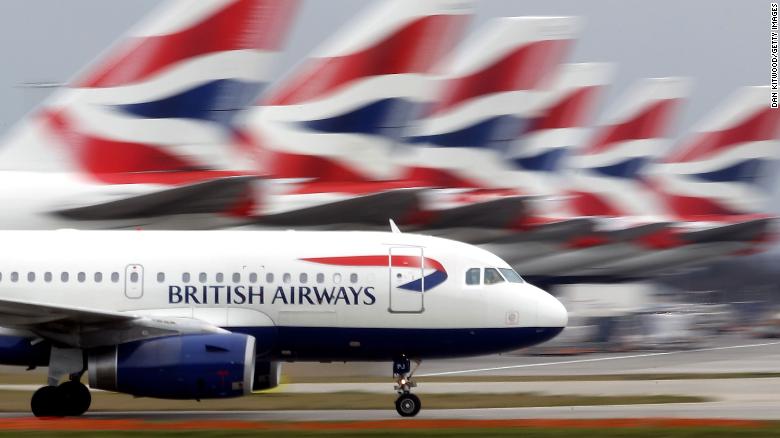 Almost all flights by British Airways, totalling hundreds of departures, were cancelled on Monday as pilots launched a 48-hour strike in a dispute over pay.

The airline estimated that the two-day strike will affect 195,000 customers.

Most of British Airway’s 850 scheduled flights per day would be cancelled, with passengers being offered a refund or a later flight.

The strike has been labelled one of the biggest in the airline’s history and the first by its pilots.

The airline said without information about which pilots would strike, “we had no way of predicting how many would come to work or which aircraft they are qualified to fly.

“So, we had no option but to cancel nearly 100 per cent of our flights.”

According to the British Airline Pilots’ Association (Balpa), one day strike costs the airline about 40 million pounds (49 million dollars).

In July, the pilots declined an offer by British Airways of an 11.5 per cent pay rise over three years.

“The discussions must continue, they must be unconditional,” he said.

The airline said on its website Monday: “We understand the frustration and disruption Balpa’s strike action has caused our customers.

“After many months of trying to resolve the pay dispute, we are extremely sorry that it has come to this.”

London’s Heathrow airport will be worst affected as it is British Airway’s busiest hub. Terminal 5, the one mainly used by the airline, was compared to a ghost town.

British Airways said it flies to over 70 countries and transports more than 40 million customers a year.

There were also fears of a knock-on effect and delays on Wednesday since planes and pilots could be at other locations.

Pilots had to accept significant pay cuts during difficult times. Now that the airline was making money, it should give something back to its pilots.

“It is time to get back to the negotiating table and put together a serious offer that will end this dispute,” he said.

A second strike is planned for September 27.

Dear Debbie, My Pastor Ruined My Marriage Plan [MUST READ]