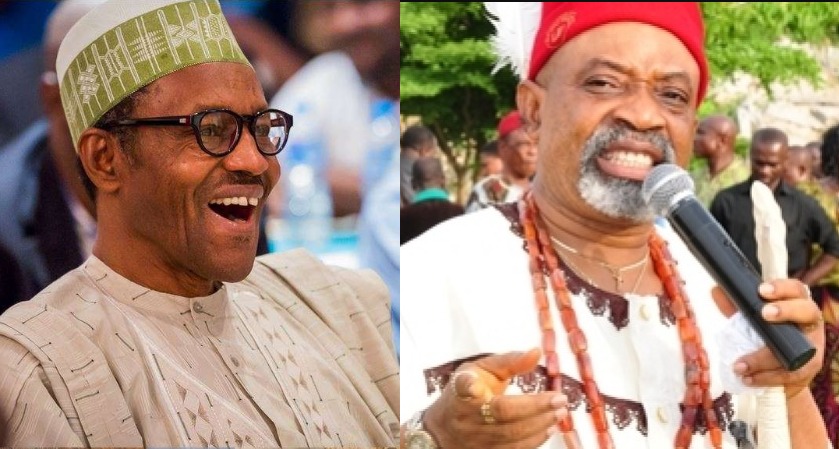 The minister of labour and employment, Chris Ngige, says President Muhammadu Buhari is healthier than 80 percent of the Nigerian population.

Ngige said this in reaction to concerns raised about the president’s age and health, and how it may affect the discharge of his duties.

Speaking with journalists in Awka, Anambra state capital, Ngige said as a doctor, he can boast of the president’s good physical and mental health.

The minister likened Nigeria to Malaysia, saying when the Asian country was in trouble politically and economically, it depended on a 93-year-old Mahathir bin Mohamad to lead it.

“That man (Buhari) you see there is healthier than 80 percent of Nigerians,” PUNCH quoted the minister as saying.

“I’m a medical doctor; I can tell you authoritatively that he is healthier than most people who see his health as an issue.

“He sits for over eight hours during our executive meetings. While some of us would be going for tea break to stretch our legs, Mr. President would sit on his seat continuously, drinking only water.

“I can tell you authoritatively as a medical doctor of over three decades standing that Mr. President is physically and mentally healthy. He is healthier than 80 percent of Nigerians.”

In August, Buhari trekked a distance of 800 meters during the Eid-el-Kabir celebration in Katsina.

Garba Shehu, the spokesman of the president, had said the action showed Buhari’s fitness to seek reelection.

The president, however, countered his aide, arguing that the long walk was not to prove his physical fitness.