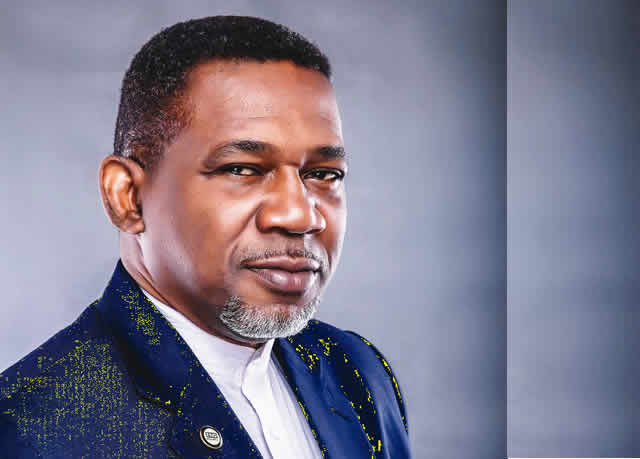 Popular Lagos lawyer, politician and KOWA Presidential aspirant, Sina Fagbenro-Byron (SFB), has commended Nigeria Intervention Movement and Alliance for New Nigeria, for coming together and creating a common front in the bid to challenge the ruling political class that has rotated power among themselves in the last 19 years since the fourth republic.

He believed the merger will produce a New Nigeria that is long due, with the breed of leaders that both movements are fielding in 2019, nothing can stop the actualization of their desired change.

“Just to clarify the importance of this movement and this entire episode, and to make a clarification; I am a Presidential candidate aspirant for KOWA party, but I am a founding member of NIM and just has the chairman said, when NIM was drawing alliances, they had discussions with 17 political parties including KOWA party. The fact that they did not conclude with KOWA does not mean that they don’t share ideologies in commonm, or they don’t share a common purpose.

“For the purpose of moving ahead and the dynamics and realities of elections, which the chairman of ANN has said, some traction has to be gotten both at the electoral front and on institutional building front. And this precisely has birthed this.

“NIM discussed with several political parties and decided because of timing and other factors to speed ahead with ANN, but haven’t said that we are building blocks and we are coming together, we are just at the building stage to confront the ruling party.

“One thing I’m going to tell you is that President Buhari is not going to win on the first ballot; take it from me and take it to the bank. And that is when you will see the importance of what we are doing today. One thing you will see from every single one of us here is passion and true and genuine love for this country.”

He also urged the pressmen to stop giving the impressions that Nigeria does not have choices, so as not to become part of the problem.

“The media is supposed to be forth estate of the realm, they are supposed to be the one to extract accountability from governance. So is their responsibility to make Nigerians know that we are not bottled with the unfortunate choice that we’ve found ourselves with today.”

‘I’ve gotten to a place that I say, if I perish, I perish’, Presidential Aspirant, Elishama Ideh reasures Nigerians of Hope in 2019

‘A new Nigeria is possible with you on our side’, Fela Durotoye urges Nigerians