Buhari is yet to receive Peace Corps Bill – Presidency 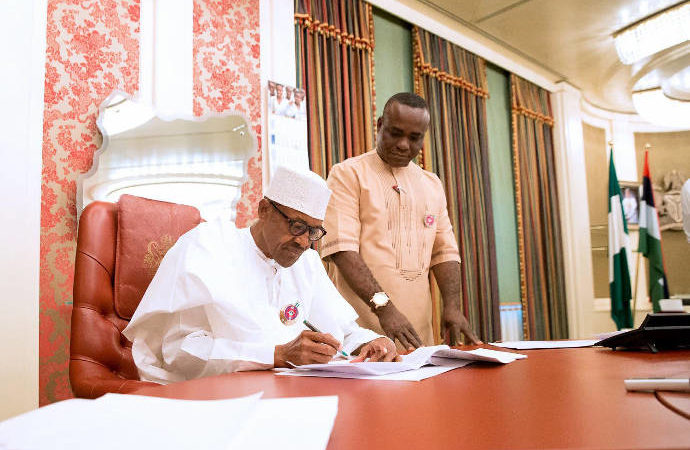 The Presidency has said that President Muhammadu Buhari is yet to receive a clean copy of the Peace Corps Bill.

This comes as jobless Nigerians continue to wait for Buhari’s assent to the bill, as passed by both chambers of the National Assembly.

Senior Special Assistant to President Buhari on National Assembly matters (Senate), Ita Enang, has told journalists that the bill has not been sent to the president for his assent, because of differences in the two bills passed by the House and the Senate.

“Because of the differences in the bills, a joint conference committee was raised and the senate adopted the report of the committee just yesterday, the House is yet to adopt it,” he said.

Buhari is yet to receive Peace Corps Bill – Presidency was last modified: January 25th, 2017 by Arinze Ago