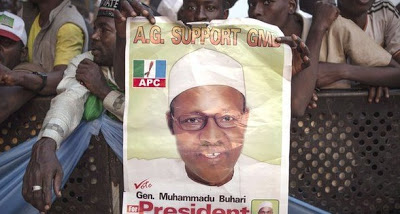 Some supporters of President Muhammadu Buhari on Monday inaugurated what they described as the South-West office of Buhari Campaign Organisation in Ibadan, Premium Times reports.

The supporters also named new coordinators for the organisation in the region, some of whom vowed to campaign for the president even if he remains unfit to hit the campaign trail when electioneering season opens for 2019, the newspaper quotes Daily Trust.

They quoted the paper to have said a group also aimed to register new members whose names would be forwarded to the Central Bank of Nigeria for agricultural and other loans.

President Buhari has been receiving medical care for unknown ailments in London since May 7, drawing knocks from some civic groups.

On Monday, some Nigerians demonstrated against the president’s prolonged absence in a simultaneous exercise that held in Abuja and London, demanding his resignation and disparaging him for leaving the country in a state of uncertainty.

The presidency fired back at the critics Monday night, calling on Nigerians to ignore calls for the president’s resignation because they were unnecessary and unjust