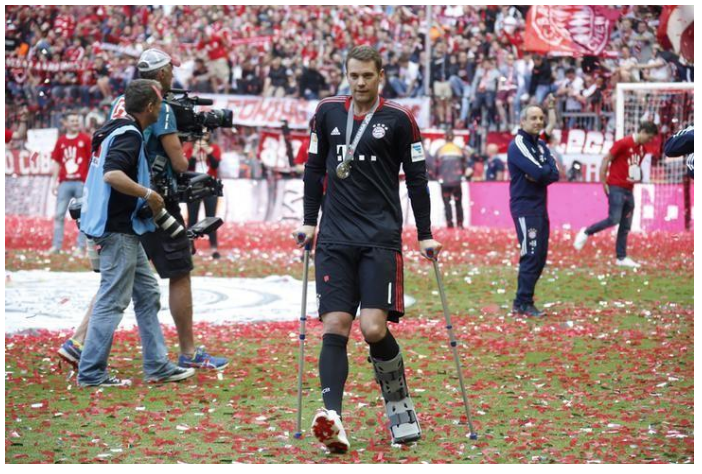 Bayern Munich goalkeeper, Manuel Neuer will miss Bundesliga opening game after the German international broke a bone in his foot in April.

Although, he has since been working on his comeback in Friday’s league opener will come too soon, according to the team coach, Carlo Ancelotti.

“Manuel Neuer will not be playing tomorrow,” Ancelotti told reporters on Thursday. “We will not take any risks.”

Bayern, the pre-season favourites, will launch their bid for a record-extending sixth straight Bundesliga title, having easily shaken off any domestic opposition in the past few seasons.

But they will be without a string of injured players, including Jerome Boateng, Thiago Alcantara, Javi Martinez and new signing James Rodriguez among other when they take on Leverkusen.

“We have injured players but that is not a big problem,” Ancelotti said.

However, the coach, he will have David Alaba and Arjen Robben back as they have recovered from their injuries. “Both are in a good condition. But I will decide on the lineup tomorrow,” Ancelotti said.

“Both are in a good condition. But I will decide on the lineup tomorrow,” Ancelotti said.

You May Also Like: WEST HAM WILL BOUNCE BACK AFTER SHOCKING DEFEAT BY MAN UNITED – BILIC