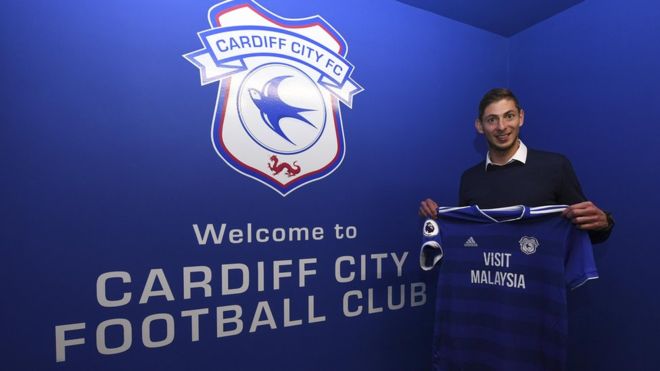 Missing football star Emiliano Sala admitted to friends he was ‘getting scared’ in an audio message sent shortly before his plane vanished from radar in the English Channel.

The Cardiff City record signing and a pilot are missing since their small aircraft making the journey from Nantes to Wales became unresponsive on Monday evening while flying off the coast of Guernsey, an island situated between the UK and France.

Argentine publication Ole released audio WhatsApp messages reportedly sent by Sala to close friends which revealed the 28-year-old’s concern with the plane and the conditions he was travelling in.

“I’m here on a plane that looks like it’s about to fall apart, and I’m going to Cardiff, crazy, tomorrow we already start, and in the afternoon we start training, boys, in my new team.”

A later message from the striker said: “How are you guys, all good? If you do not have any more news from in an hour and a half, I don’t know if they need to send someone to find me… I am getting scared!”

A search for Sala and the pilot commenced on Tuesday with Guernsey Police revealing no confirmation of the missing duo’s whereabouts could be confirmed before the operation was called off to resume on Wednesday morning.

“Resign” that would be my advice to President Trump. – Former Secretary of State, John Kerry