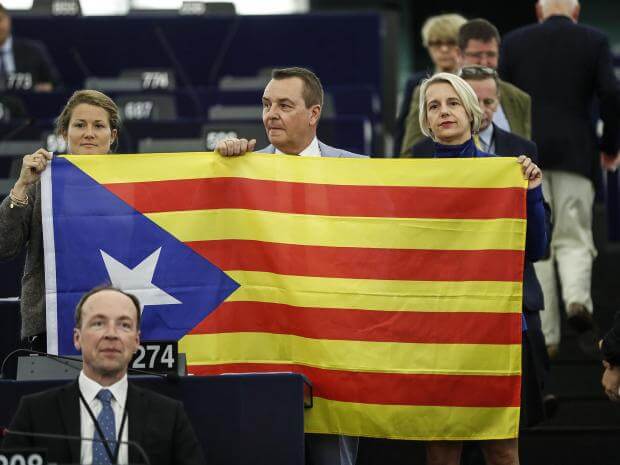 Catalonia has set Independence Day for Monday, October 9 after holding a referendum which Spain had declared illegal.

The Catalonia Catalan President, Carles Puigdemont said he favored mediation to find a way out of the crisis but that Spain’s central government had rejected this.

Puigdemont told the BBC he would ask the region’s parliament to declare independence following the referendum, which Spain’s government and the constitutional court say was illegal and in which only a minority of Catalans voted.

In a televised address on Wednesday night, Puigdemont said: “This moment calls for mediation. We have received various offers in the last hours and we will receive more.”

He added, ”I am sure that in the next few days, we will show the best of our country when the institutions of Catalonia will have to apply the results of the referendum.

Meanwhile, Mireia Boya, a Catalan lawmaker from the pro-independence Popular Unity Candidacy (CUP) party, said a declaration of independence would follow a parliamentary session on Monday to evaluate the results of the Oct. 1 vote to breakaway.

“We know that there may be disbarments, arrests, but we are prepared, and in no case will it be stopped,” she said on Twitter.