Home Africa Catholic Bishop Warns Cameroon President, Biya Who Has Been Ruling the Country for More Than 30 Years to Quit
Africa 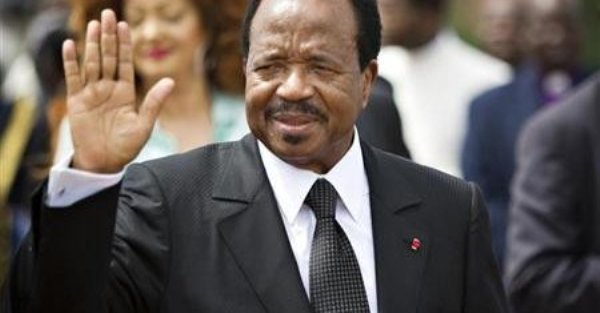 A Cameroonian Catholic archbishop has advised long-serving President Paul Biya not to seek a sixth term of office in next year’s election, if he loves his country.
Speaking in an interview with the La Nouvelle Expression daily, the Catholic archbishop Samuel Kleda called on the veteran leader to think of a peaceful transition.
Kleda said “If President Biya loves this country, it would be better for him to retire than give a listening ear to those calling on him to seek re-election.
“President Biya should think of a peaceful transition of power to another Cameroonian if he really loves this country. Cameroon needs a new president,” he added.
President Biya has served as the country’s president since 1982 and is currently serving his last year as leader of the nation. Supporters of the aging leader have been multiplying calls for him to seek re-election, saying he remains their best bet for the poll.
The country’s constitution was changed in 2008, doing away with term limits, a move believed to have been controlled by the president. After scraping the term limits, President Biya claimed by running for another term in 2011 that he was responding to the people’s call.
Catholic Bishop Warns Cameroon President, Biya Who Has Been Ruling the Country for More Than 30 Years to Quit was last modified: December 8th, 2017 by Arinze Ago