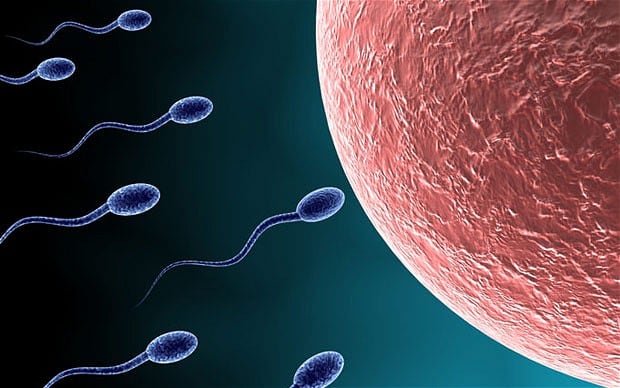 Whenever the issue of Infertility comes up for discussion, people often think it is a woman matter, and that it does not concern men. But many fertility doctors have come out to say that increasing the men too have a role to play. And that the problem might just not be with the women.
One of the problems which doctors say now contribute to Infertility in many woman is the problem Low Sperm Count.
Low Sperm Count is a condition called oligospermia This is the term used to describe the condition when the sperm count is low, less than 15 million sperm/ml. If there are no sperm at all in the semen sample, the condition is termed azoospermia. When you are trying to have children, the number of sperm you ejaculate is quite important. In cases of low sperm or no sperm, we recommend coming in for an appointment to examine male fertility factors and medical history. For the medical history, specific questions will be asked about any past condition that may have affected the testicles. In order to determine the best treatment options, the specialist will also ask questions regarding whether there were any operations in the groin area, undescended testicles in childhood or whether there has been any major injury or infection in the genital area.

WHAT CAUSES LOW SPERM COUNT?
While the average man can produce this many sperm multiple times per day, sometimes an internal factor, such as varicocele, could lower the number of sperm. External factors such as smoking, drug usage, poor diet and lack of exercise can also all decrease sperm count. Here are some of the external factors that could impact your sperm count:

(i) Heat can have a detrimental effect on normal sperm production. It is for this reason that nature has placed the testicles outside the body in the scrotum rather than in the abdomen like the ovaries. Soaking in a bathtub full of hot water can almost halt sperm production completely.
(ii) Obese men can also become sterile because the sagging layers of fat can overheat the testicles.
(iii) Men whose jobs involve long hours of sitting, e.g. long distance lorry-drivers may have infertility due to the increased heat to the genital area.
(iv) Very frequent intercourse can lead to the demand exceeding the supply. There are quite a number of infertile men whose sex drive is such that they must ejaculate 2-3 times a day thus giving them a lower sperm count.
(v) Smoking over 20 cigarettes a day has been shown to reduce both the sperm count and sperm motility.
(vi) Excessive alcohol intake can lead to infertility. Alcohol can lower the production of sperm and of the male hormone testosterone.
(vii) A workaholic husband may find that stress and fatigue can potentially interfere with sperm production.
(viii) Infected semen can also be a cause of infertility. Previously it was believed that mumps could cause sterility in men. However, it is now known that even when the testicles are involved in mumps such as orchitis (a very painful swelling of the testicles), it is extremely rare for this to lead to sterility.

SPERM ANALYSIS TO HELP INCREASE SPERM COUNT
Defining a person’s sperm count is a complex process. There are a number of measurements that are considered in semen analysis. First, a physician will look at the concentration — how many sperm there are per cc or milliliter of semen (the fluid). Next, we need to know how many cc of semen are present. So a count of 40 million sperm per cc with only 1cc of fluid may not be as good as a count with 18 million and 4cc. We like to see more than 20 million sperm per cc and 2-5cc of semen. Another measurement to consider is what percentage of the sperm is moving forward progressively; 50 percent motility is considered normal. The next factor is sperm morphology which determines what percentage of sperm look normal. When you assess the fertilizing potential of a given specimen, you must consider all these factors. Thus, a slight abnormality in sperm count may be compensated for by better motility or an increase in volume.

WHAT PROBLEMS MAY BE IDENTIFIED DURING EXAMINATION
Every infertile man must be carefully examined. The examination of the external genitalia in the male rarely shows anything out of the ordinary. However, sometimes one or both testicles are very small or rarely may even be absent. Additionally there may be congenital absence of each vas deferens, the ducts through which sperm pass from the testicles to the female at intercourse.
Other factors which may contribute to lowered fertility, and which can be identified on examination include a wide range of chemical substances that can affect sperm quality and/or quantity, including medications. The medications listed below have been associated with male infertility:
• Anabolic steroids, Antihypertensives, Allopurinol, Erythromycin, Chemotherapy, Cimetidine, Colchicine, Cyclosporine, Dilantin, Gentamycin, Nitrofurantoin, Tetracycline.

LOW SPERM COUNT TREATMENT
Treatment options for men with low sperm count vary depending on the cause of the condition. For example, surgery is the most common treatment for men suffering from varicocele. For low sperm count due to infections of the urinary/reproductive tract, antibiotics can be prescribed to help clear the infection. Medication and hormone replacement treatment options can also be used when the cause of low sperm count is related to a hormone imbalance. In cases of low sperm motility, assisted reproductive technology (ART) treatments would be used to facilitate conception by inserting sperm into the female reproductive tract.

Things You Should Do To Increase Your...