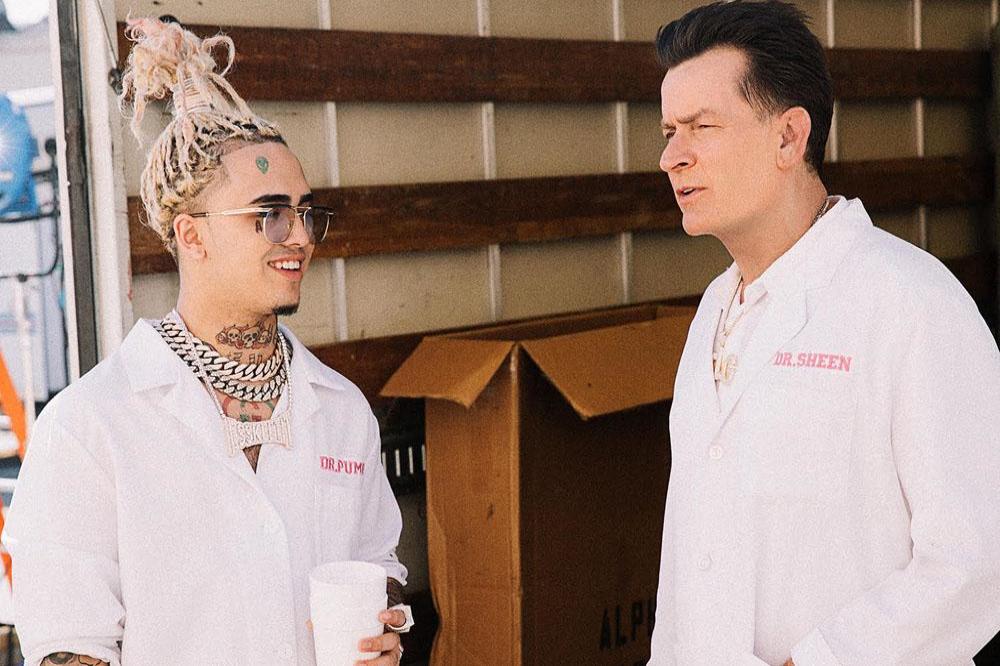 In the video, Charlie and Lil Pump – whose real name is Gazzy Garcia – both take on the guise of medical professionals, who can be seen wheeling a drug cart on a psychedelic hospital ward.

Patients are seen happily smoking, drinking, and taking various drugs while nurses dance in an empty pool and ride alongside the ‘Gucci Gang’ hitmaker in a golf cart.

In one verse, he raps: “I been smokin’ since I was eleven, I been poppin’ pills since I was seven. Told my pastor I don’t do confessions, ’cause I pop a lot of molly for my breakfast.”

While the chorus goes: “Whole gang full of drug addicts, take a lot of s**t, forgot what happened. I ain’t gonna lie, I got a habit. I swear to god, you can’t be on my status.

“Start the day off with a pint, I’ma show you how to live life. Take a lot of drugs, don’t think twice. I do this every day and all night.”

Sheen shared a picture of the pair on social media ahead of the video being dropped, and referenced Kim Kardashian as he suggested it would cause quit a stir.

He tweeted alongside the snap: “Hey @lilpump, what day did you want to break the internet?”