Chelsea do not have easier title run-in than Tottenham – Conte 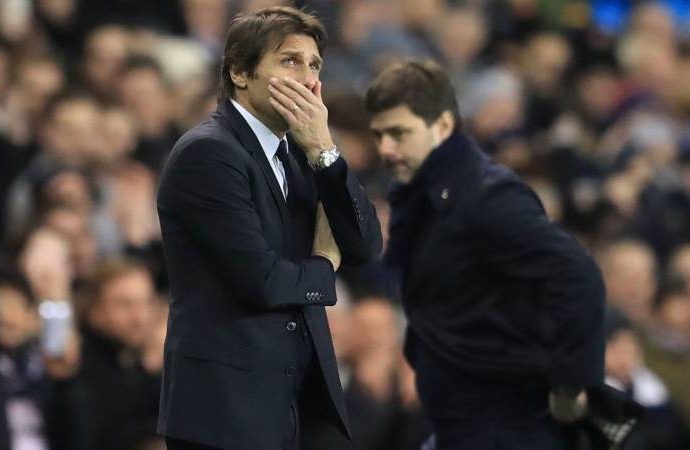 Chelsea manager Antonio Conte has dismissed suggestions that his side have a more favourable Premier League run-in than title challengers Tottenham Hotspur.

Conte added that he did not believe that playing before their London rivals this weekend would give Chelsea an advantage.

Chelsea take on Everton at Goodison Park on Sunday knowing a victory will take them seven points clear before Tottenham have a chance to respond against Arsenal at White Hart Lane later that day.

Three of Chelsea’s final four fixtures after the Everton clash are at Stamford Bridge, while three of Tottenham’s last four are away to teams not yet certain of Premier League survival.

Manchester United, meanwhile, will be the final visitors to White Hart Lane.

However, asked whether he felt Chelsea had the easier task, Conte said: “I don’t think so. At this part of the season, every game is very tough. You have a lot of pressure. You know you have to win.

“When, for sure, you have to play with this target [of the title] it’s not simple. It’s not easy. Not only for us, also for Tottenham.

“But we are ready. I repeat: we’ve worked a lot to arrive at this point fighting for the title. We have to do our job with the right pressure but, at the same time, to enjoy this moment.”

He said playing before Spurs this weekend was “not an advantage” and added: “I think that when you have two teams in the race, in contention for the title at the end of the season, you must have a good balance to try to put the fixtures in the same hour, on the same days, and don’t give advantage to one team or another.”

Spurs kept the pressure on Chelsea with a win over Crystal Palace at Selhurst Park on Wednesday, 24 hours after the Premier League leaders had beaten Southampton.

And Conte said: “I think that, in this league, two teams are having a great season.

“Chelsea are having a great season, but also Tottenham. Two good teams, two teams who are showing they deserve to fight for the title until the end. You must enjoy this type of situation.

“But also we must praise Tottenham because they are playing very well and having a great season in the same way as Chelsea.”

Chelsea do not have easier title run-in than Tottenham – Conte was last modified: April 28th, 2017 by Arinze Ago