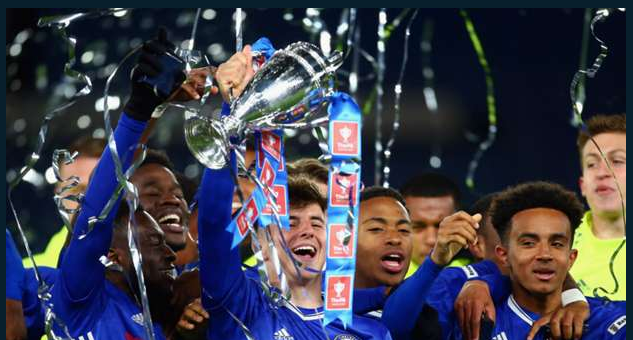 Chelsea ’s Ola Aina and Nathaniel Chalobah are the latest football stars to jump in artiste Davido’s hot rave, ‘If ‘ as they get ready for the presentation of the English Premier League trophy on Sunday.

Antonio Conte’s men sing to the tune that has taken over airwave across the Africa and the world as they arrive Cobham Training Centre in preparation for their final league game against Sunderland on Sunday.

The Blues duo join Chelsea legend Didier Drogba to show their love for the song which has over 15 million views on Youtube.

Chelsea host Sunderland on Sunday afternoon and will be presented the league trophy.