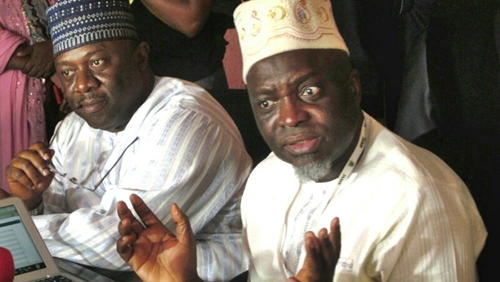 The Joint Admissions and Matriculation Board, JAMB, on Monday said it arrested fraud kingpin who hacked the board’s website to perpetrate illegality.

While speaking at the maiden edition of the 2017 Ogun State Education Summit held at June 12 Cultural Centre, Abeokuta on Monday, the registrar of JAMB, Is-haq Oloyede, said it arrested fraud kingpin who hacked the board’s website to perpetrate illegality.
The Joint Admissions and Matriculation Board registrar who delivered a lecture on the topic, “Baseline and Assessment”,  lamented that the suspect was his kinsman from Abeokuta, and said he felt ashamed to be share the hometown with the suspect.
“I was ashamed to have come from Abeokuta the day we discovered that the greatest criminal to have hacked into the website of Jamb for the 2017 UTME exam came from Abeokuta,” the registrar stated.
He said the suspect had been handed over to the police for further investigation and prosecution.
“As a matter of fact, I was ashamed and I had to claim that I came from Ake, and there is no difference between Ake and Abeokuta. However, as expected, the suspect is where he should be, he is in detention,” Oloyede said.
The Ogun State Governor, Ibikunle Amosun, who also spoke during the event, said he was set to rehabilitate cyber criminals to turn new leaf and be useful to the state.
Amosun also expressed dismay that the arrested kingpin was a native of Ogun State, but said he would do everything possible to ensure the talents of hackers were used positively.
JAMB Website Hacking Kingpin Arrested was last modified: May 22nd, 2017 by Arinze Ago

Asthma/Breathing Disorder: Singer, Mo’Cheddah Had A Near-Death Experience After Forgetting Her Inhaler