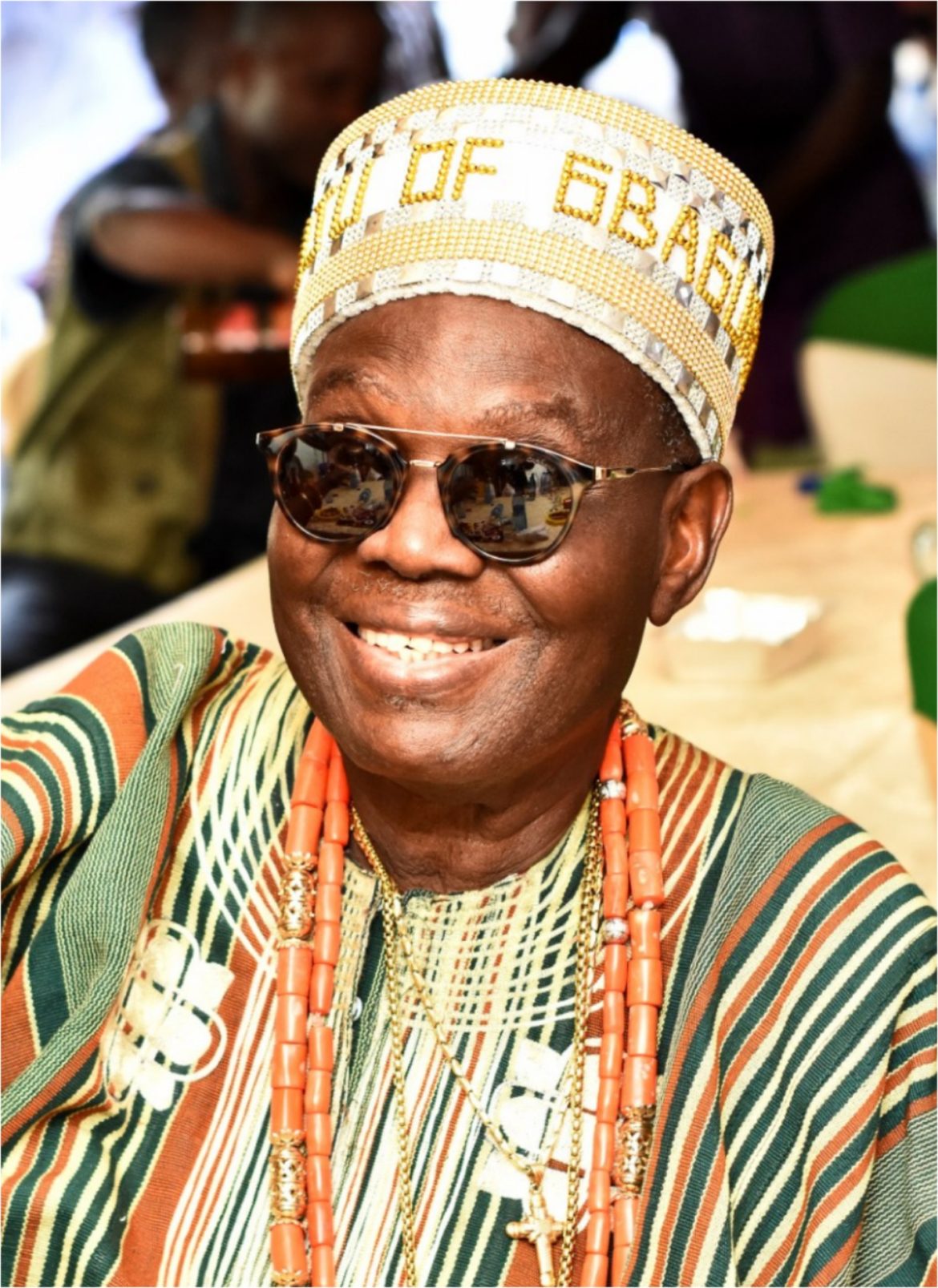 Chief Afolabi Sodunke popularly called Afo Guarantor is a big Construction giant. For those who don’t know him well, let’s tell you a little about this big-time socialite who is a great dresser. He has redefined what it means to be a Socialite. He is one of those you can call Senior Gbajumo. He is a man of class. He is a man of great Style. And he carries himself well. When he enters any Owambe party, he usually enters in a big way. He usually does not party alone. He attends parties with his group of friends who are all successful men of timber and calibre.

What stands Afo Guarantor out is that when he comes to your party he comes loaded with his cooler of exotic drinks like Champagne, wine., Whiskey & Brandy. He also comes with food, just in case adequate arrangements have not been made by his host. That is why everybody likes Afo to be at their party. He is an asset to any party. if he likes you he will follow you to anywhere to honour you.

He is a great fan of Chief Commander Ebenezer Obey. That is the only music he listens to. Not that he does not like other musicians, he does; but Obey is his No1 musician. Perhaps it’s the Egba factor that explains this. Both of them are great Egba men. Obey too likes Afooooo. He has waxed several songs in his honour.

What is unique about his dressing are his caps, agbada and accessories. He has great taste. He wears well-embroidered caps done the typical Yoruba way. And his Agbada is always full and rich.

City People’s Brands Editor, DAMILARE SALAMI (08155134152) and the Head of Photography Unit, FEMI ADELEKE covered the event in Abeokuta, Ogun State and they bring you juicy details and pictures from there.

Anyone present at the event would notice that the new Sobaloju and Yeye Sobaloju of Gbagura kingdom stood out among the crowd at the event. Something outstanding about them was their attires. Customarily, Afo Guarantor stunned in his complete Agbada outfits with his beautiful to-match shoes. And his wife, Chief Mrs Abiola Sodunke whose fashion style left tongues wagging was very much active from the beginning to the end of the event.

ABEPA OF JOGA LAND, OSI OF EGBALAND COME THROUGH FOR THE BIG MAN OF THE DAY

Alayeluwa Oba Adeyemi Olanrewaju Adekeye, the Abepa of Jogaland, Joga-Orile, Yewa North, Ogun State, Nigeria and the Osi of Egbaland, Chief Bode Mustapha were among those who showed huge support for Afo Guarantor during his coronation exercise. They both contributed huge amounts while the friends of Chief Afolabi Sodunke were required to support him.

The guests of the new Sobaloju and Yeye Sobaloju of Gbagura kingdom were easily identified in the mammoth crowd. They all stunned in different shades of leaf green, Some with a touch of black, burgundy, white and many more. Did we tell you that Afo Guarantor and his wife had some of the biggest guests at the event? Oh yes, they did. Notable royal fathers, representatives of royal fathers and society men and women were among his guests.

Ebenezer Obey sets the bar in entertainment. He is so adored that almost everyone, regardless of their cultural belief, accepts him and sees him as their icon. He is a force to be reckoned with behind the microphone. Obey performs his songs with a level of ease that one cannot easily find among other entertainers. He makes people dance, no doubt, and beyond this, he leaves a strong imprint of his ideas into them.

These and many other reasons made Afo Guarantor get stuck to his music and entertainment style. Although Baba was not physically present at the event, but his impact was felt to a great extent. Those listening from afar, that couldn’t have a glimpse of what was going-on on kept arguing back and forth that Baba Commander was the one behind the microphone. Alas, it was one of his boys. Baba had recreated himself in the band. The Band Leader appeared like the Ebenezer Obey of the 1970s and 80s and he also sang exactly like his mentors.

OSI OF EGBALAND JOINS THE PARTY

It was a big party as Afo Guarantor and his VVIP guests mounted the stage for a special dance. Not long afterwards, the Osi of Egbaland who was dressed in beautifully styled black attire joined them. It was not a case of who could dance better but who could spray better. All the big men in this league made different but loud cash statements. The Ebenezer Obey boys were the better for it, they all cashed out big time.

Mrs Olasunmbo Abiola Sodunke was equally not left out of the party. The new Yeye Sodunke after catering to the guests mounted the dance floor with her folks. Of course, women also know how to rock the Miliki dance. It’s a gentle and slow juju music evening and all the women who came to show support for this delectable woman of style joined her upstage. It was from one cash spray to another and even passers-by also came to benefit from the largesse of the coronation ceremony.

MEET THE SODUNKES ON THE DANCE FLOOR

Many didn’t know that some of the children of the celebrant were at the event until it was time for a family dance. Afo Guarantor, his wife and his son were the first to mount the dance floor. While the man of the moment sprayed his wife who was also celebrating, they were joined by other family members who made a big statement on the night.

MEET THE SODUNKES ON THE DANCE FLOOR

Many didn’t know that some of the children of the celebrant were at the event until it was time for a family dance. Afo Guarantor, his wife and his son were the first to mount the dance floor. While the man of the moment sprayed his wife who was also celebrating, they were joined by other family members who made a big statement on the night.

Afo Guarantor has a long list of friends. They all turned up to honour him. They include Otunba Tom Daramola and Otunba Bolaji Ojora & his amiable wife, Mrs. Peju Ojora. Many don’t know Afo Guarantor is related to the Ojora’s from the mother side. The Ojora’s have links with Abeokuta.

The Balogun of Egbaland, Chief Atobatele & Afo are very close. And they are usually there for each other. No wonder he was there throughout with his beautiful & stylish wife, Ayaba Veronica (Veronique) Atobatele.

The Agura of Gbagura, HRM Oba Saburee Babajide Bakre has tremendous respect for Afo Guarantor. Afo in turn holds Kabiyeesi in high esteem. They are related in a way because Afo is from Egba Ake & Gbagura. His dad is from Egba Ake and mum from Ita Morin but migrated from Gbagura.