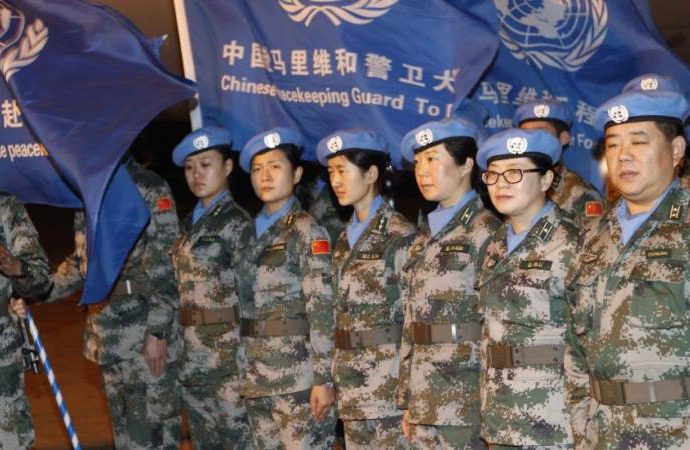 Officials say a 395-strong Chinese peacekeeping force is set to begin missions in Mali on behalf of the United Nations before the end of May.

The troops will be sent to the West African country in two batches, where they will stay for one year.

The troops include military engineers, security personnel and medical staff.

This is the fifth Chinese peacekeeping force to be sent to Mali.

The News Agency of Nigeria reports that in the past four years, the UN said that 118 peacekeepers have been killed, making the UN Multidimensional Integrated Stabilisation Mission in Mali (MINUSMA) the world body’s deadliest ongoing peace operation.

In 2012, Islamist radicals linked to al-Qaeda hijacked an uprising by ethnic Tuareg people and went on to seize cities across northern Mali, holding on for nearly a year until they were forced out by a French military intervention.

About 11,000 UN troops arrived in 2013, they were meant to protect a fledgling peace deal and train the Malian army.

Islamist extremists regrouped across the region.

It did not take long before the militants started targeting peacekeepers, whom they dubbed “Crusader occupation forces.”

China to dispatch 395 peacekeeping force to Mali was last modified: May 11th, 2017 by Arinze Ago