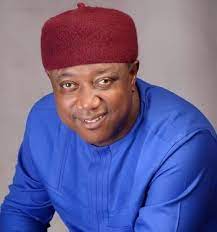 This was done at the instance of Senate President Ahmad Lawan, on Tuesday as the Clerk to the Senate, Ibrahim El-Ladan, administered the oaths of office and allegiance on Ibezim as directed Lawan.

Why BRF Has Been Very, Very Silent…