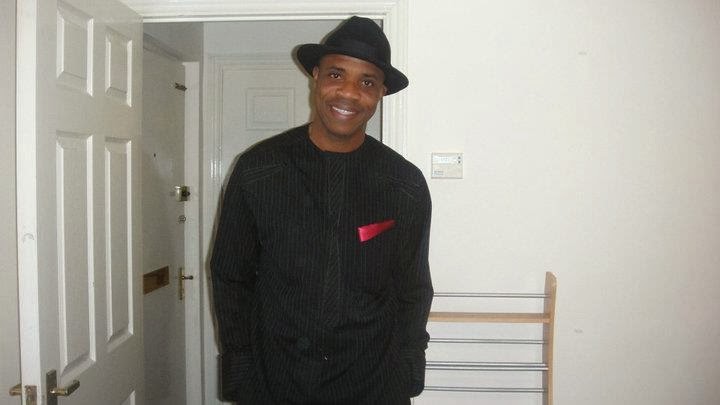 The rising profile of Chief Allwell Onyesoh is quite gaining stronghold as in faraway Lagos at the 3rd  Edition of CITY PEOPLE MAGAZINE POLITICAL AWARD held on Sunday 26th of November, 2017 by City People Magazine a highly reputed Nigerian Magazine of over 22 Years in operation did recognize his towering and shinning rare qualities as a political figure in Rivers State and beyond as he was awarded -South-South Grass Root Politician of The Year. This came as a result of Chief Allwell Onyesoh ability to predict accurately how political polls will swing in whose direction hence his nick name –“THE OCTUPUS”.

This Etche born politician had the following Citation eloquently and graciously read by Mrs Seun Joel a popular female broadcast Journalist  at the grand event which had” who’s who in attendance including Former Vice President Alhaji Atiku Abubakar whose Son represented him, Senator Iyiola Omisore , Senator Ganiyu Solomon who was also honoured with award, former Governor of Ogun State Otunba Gbenga Daniel with a long list of politicians including first Female Speaker in Ogun state Mrs Titi Oseni-Gomez all in attendance.

“Hon. Allwell Heacho Onyesoh was born to the family of Jacob and Gladys Onyesoh both of blessed memories. He was born on the 26th of December 1960 at the Oil rich City of Port Harcourt Rivers State in South-South of Nigeria. His parents hail from Umuanyagu town electoral ward 5 in Etche Local Government Area. This tall looking brilliant administrator and politician popularly addressed as OCTUPUS: the man who predicts exactly how elections in Rivers state is won and lost is married with children.

Hon. Allwell Heacho Onyesoh started his early education at State School Okomoko/Egwi/Umuanyagu from 1970-1973. He graduated from the Communications Arts department of University of Jos plateau state in 1982.

He was elected to political office first as Chairman of National Republican Convention –NRC Etche LGA in 1993 and member Rivers State House of Assembly in 1998 under United Nigerian Congress party-UNCP. Honourable Allwell Onyesoh was appointed Commissioner for Education from 1999 to 2003 and commissioner for Sports from 2003 to 2007. He was appointed executive Chairman Rivers State Senior Secondary Schools Board on 12th of July 2011.  Hon. Allwell Onyesoh is a high-profile member of APC in Rivers State where he was Deputy Campaign Director to Dakuku Peterside the 2015 Governorship candidate in Rivers state.

It is for this reason that we are honouring him this evening as the South-South Grassroot Politician of the Year.”

The entertain maestro Sir, Shina Peters was as good as he has always been as he performed live at the event that was a major octane event at Lagos that weekend.

Chief Allwell Onyesoh was responding as a recipient of GRASS ROOT POLITICIAN OF THE YEAR 2017 SOUTH-SOUTH acknowledged the fact that “This award came to me years after I have left office as the institution that bestowed this award to me is not seeking for anything to benefit from me since I am no longer a Political Office Holder. So, that the reason I accepted this with my whole-heart” In fact Senator Omisore extolled the good qualities of the publisher of City People Magazine Dr. Seye Kehinde for remaining focused in his publishing outfit which has became a strong brand in Nigeria and beyond. From that same platform Senator Omisore announced his plans to contest for the Governorship election at Osun State under Peoples Democratic Party-PDP.