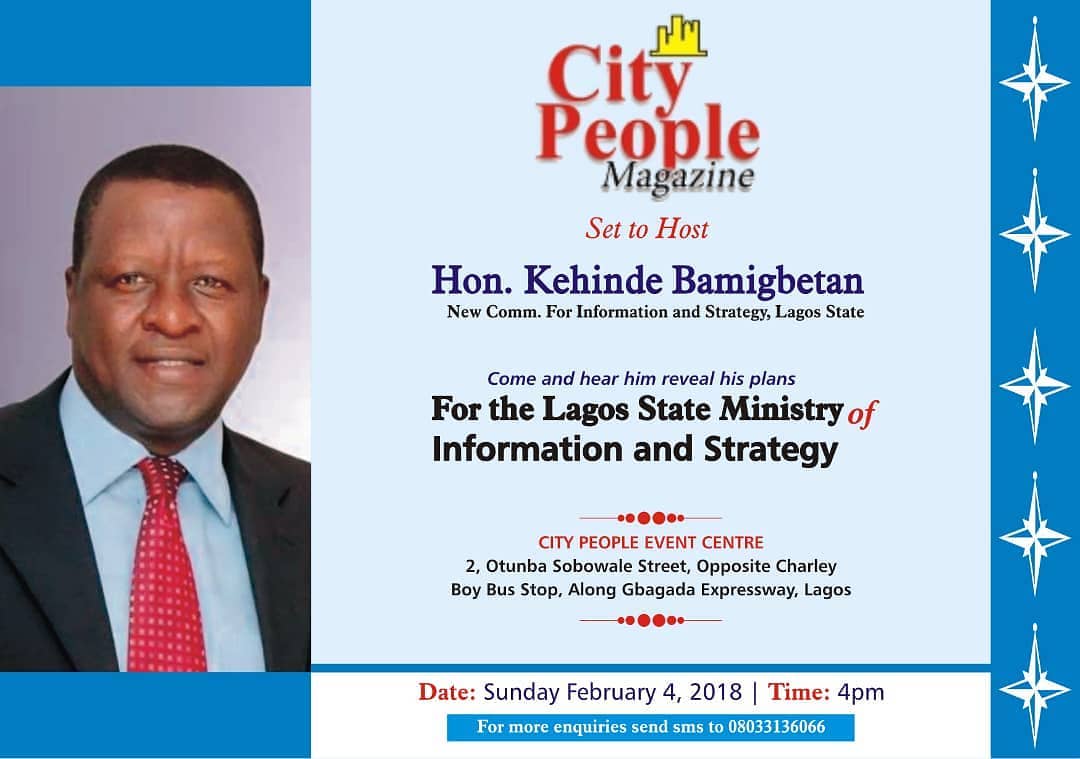 Gbagada was lit on Sunday, February 4, 2018, as Management of Nigeria’s oldest softsell, City People celebrated the new commissioner of Information, Hon Kehinde, Bamigbetan at the prestigious City People Event centre, Gbagada. The event witnessed a huge turnout as friends, families and advocates of “Itesiwaju Eko” stormed the event to felicitate with Hon Bamigbetan.

Speaking at the event, Publisher of City People Magazine, Dr. Seye Kenhinde, congratulated the information commissioner and reiterated that the office is well-deserving, as Bamigbetan has over the years been in the forefront of information dissemination. he also commended Lagos State Governor, Akinwunmi Ambode, for his purposeful decision in selecting competent hands in his cause of achieving a Lagos of the 21st century.

Hon. Bamigbetan, who was evidently elated by the hospitality and grand accolades, took time to express his gratitude to the organisers of the event and all the well-wishers present. He also seized the opportunity to assure Lagosians that this administration will ensure that all campaign promises shall be met.

Lagos popular Juju singer, Aka Sunday was there to scintillate the guests while the commissioner danced graciously with the guests.

Why Oba AROMOLARAN & AREGBESOLA Are Not...