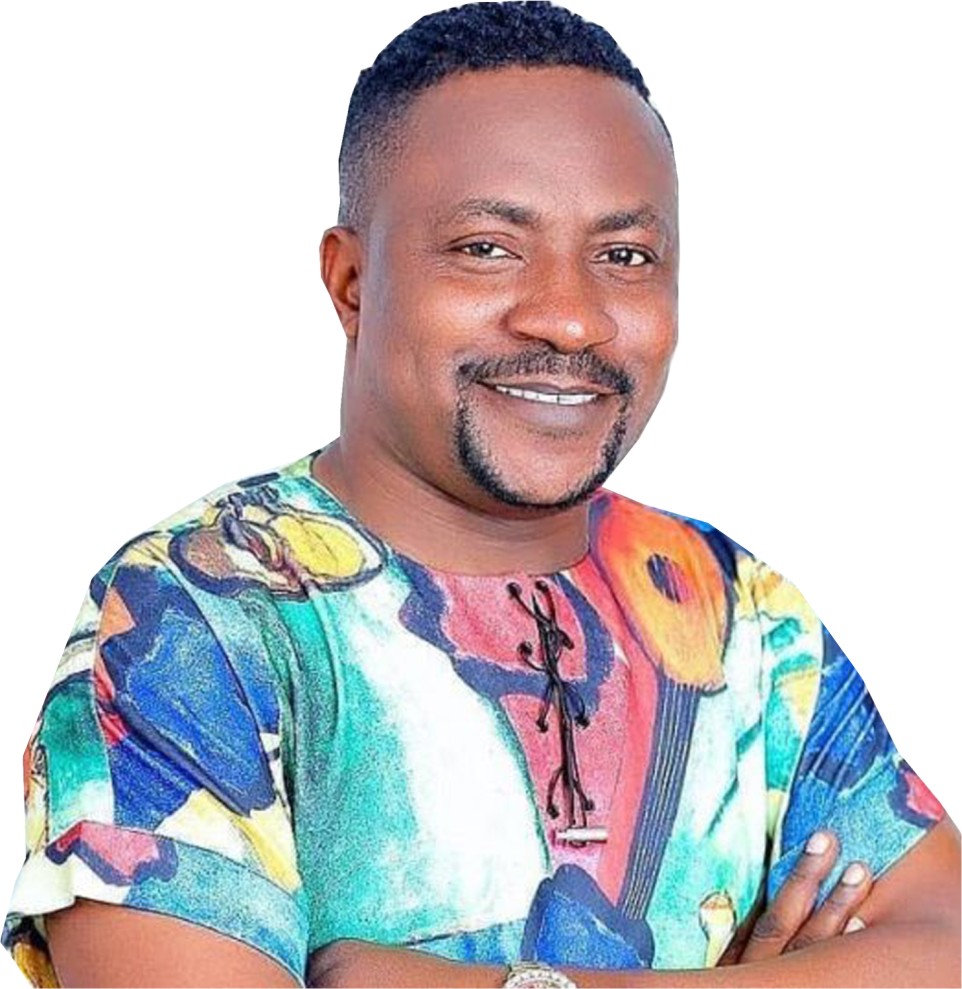 The Ogungbe family is big in the movie industry. They are among the big Yoruba movie families of note. Segun Ogungbe belongs to that family. He currently runs a movie family that is doing so well. He has a movie school that has churned out many actors and actresses.

We know you have been in the industry for a very long time, you act, you direct and you produce movies. How did it start for you?

I was born into the profession. My father and mother were both actors in the industry, and I have been with them all the while. When anyone asks about my mentor, I will tell them they are my father and mother.

At a stage, he has so many students and there are some of the students who are my mates. They used to go to schools for stage performance but at a point, my dad began to withdraw from school plays.

At this time, some of my father’s students who were of the same age as me, came and advised that we set up a small group in the name of my father so we can keep the school play going while my father work on bigger projects.

I told my father about it and he accepted. So I got the go-ahead from him back in 1995. That was how I we started. I have sufficient idea for the job so I will write the story, other members had other jobs they do, so they finance the group. We did this for a very long time before we all went our separate ways. I have been in the industry ever since then till date.

Is there any area in the industry you have not touched as a filmmaker?

There is no area that I have not worked as far as filmmaking is concerned. Even editing and makeup. I have done makeup and even bagged award. That was when Olaiya produced Abela Pupa, I did the makeup and bagged an award.

So if we have to calculate how long you have been acting, we can say 1995?

Oh no.. I have been acting for as long as I can remember. I have even seen myself in some movies as a 3-month-old. It was when I grew up that I saw some plays and noticed I was the baby in the movie. So I have been part of many stage plays on NTA Ibadan, Abeokuta and many places. So I can say I have been acting since I was 2 years old. I was also part of many radio plays. Remember those days during Olabisi Onabanjo free education campaign. I was the young boy that was used at the time in OGBC.

Can you tell us a bit about your parents?

My father is C. Ola Ogungbe. He is the younger brother of Chief Akin Ogungbe. Although many people thought Chief Akin Ogungbe was my father, but my real father is a younger brother to him. My mother was a panegyric lyricist. There was a play they did back then on OGTV, they called the Play Asida Ologbo Ejigbolo. My mother played the lead role back then, she was called Omo Olobi in the play. Her name is Amope Ogungbe. My own father is Olaseinde Ogungbe, he was also called Paragon that time, before Mr Kayode.

In the last 2 years, what are the projects you have done?

During COVID-19, there was no projects at all, but we thank God it is all over.

Who are your protiges, who have you trained?

Yes, Kolawole Ajeyemi Awilo trained under me, that is Toyin Abraham’s husband, then Ojo Oyebamiji, he’s a movie director. They are many, but those are the ones people can recognise now.

Who are your contemporaries who are still active?

Yes, there is Odunlade Adekola, OluOlowoIgemo, Kayode Akindina, Thomposon Aregbesola, Owolabo Ajasa, these are the people that we started together and are still waxing strong

What actually kept you going for over 40 years?

I believe it’s my interest. I love the profession from when i was very little. Not all actors children go into movie industry, but I had the interest from my childhood.

Are you the only one from the family who is in the industry?

No. my younger brother is in the industry. His name is Omobolaji Ogungbe. People say we are twins because he looks so much like me.

Our last born is also in the industry. He is more into music than acting. He is the one they call Plaijimuat Konkolo. The three of us are from the same father.

Why I Am Running For Governorship In...

Why I Am Not Contesting EKITI Governorship-...