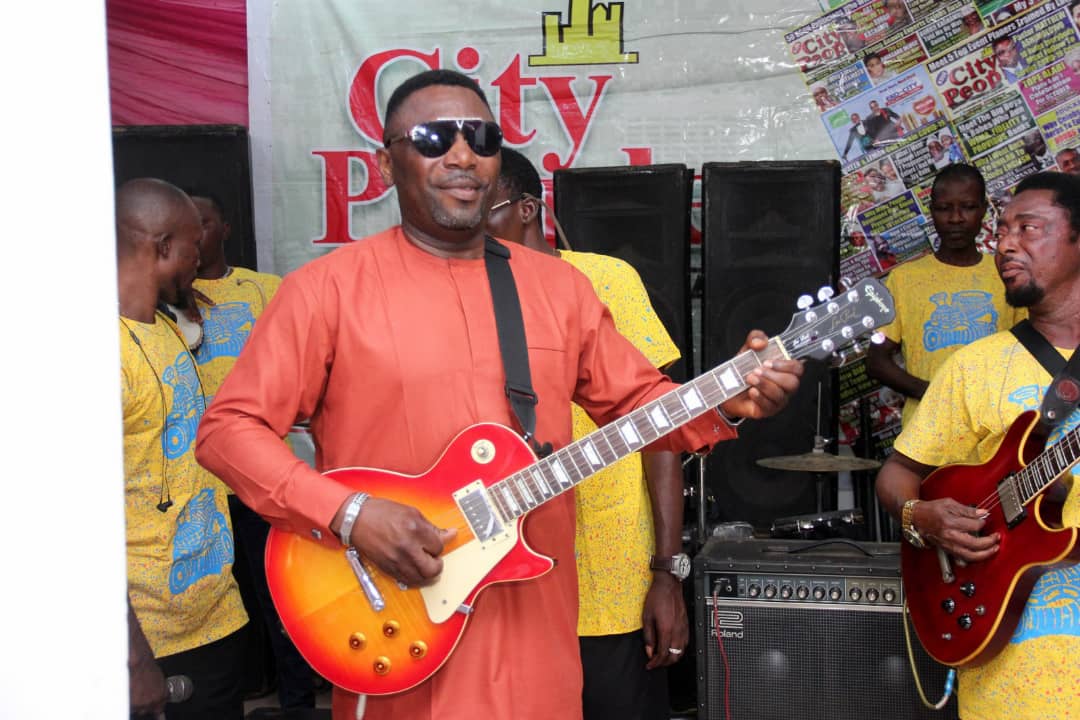 The ace musician launched the album in style on Thursday 17th June, 2021 at the Citypeople Event Centre in Gbagada, Lagos,at an event tagged,An Evening With Wale Thompson.

The album is comprised of 11 tracks of top notch music which suits the present age.

Celebrating with the maestro were lovers of Juju Music from far and wide, as they don’t joke with Wale Thompson’s uniqueness in the music industry.

The President of the Association of Juju Musicians,(AJUMS) Queen Ayotunde Balogun and the King of Bonsue Fuji, Dr. Adewale Ayuba launched the album with unannounced amounts. They spoke highly about Wale Thompson as a gifted Juju musician who is up there and among the very few still retain the originality of the Juju Music.

Dignitaries and eminent personalities at the event had lots of fun as they were treated to a delightful reception coupled with life band performance by Wale Thompson himself.

In his remarks, Thompson appreciated Citypeople for always been there for him from the outset. He related how they spotlighted him to greatness. He thanked Queen Ayo Tunde Balogun and Dr. Adewale Ayuba for honouring and supporting him. We went further to thank all and sundry at the event for their unwavering lover and support over the years. He encouraged the public to get the album and listen to it for it has lots of messages in it which would transform them and the country at large.

Wale Thompson popularly is called Mr. Lalale Friday, a name he earned from his hit track “Lalale Friday” which rocked the music scene in the early 2000s. He had earlier done 4 albums No Rival, Hip Juju Collections, Happy Days and My logo. These albums were talk of town, as at the period they hit the market. And they still remain evergreen in the heart of many Nigerians.