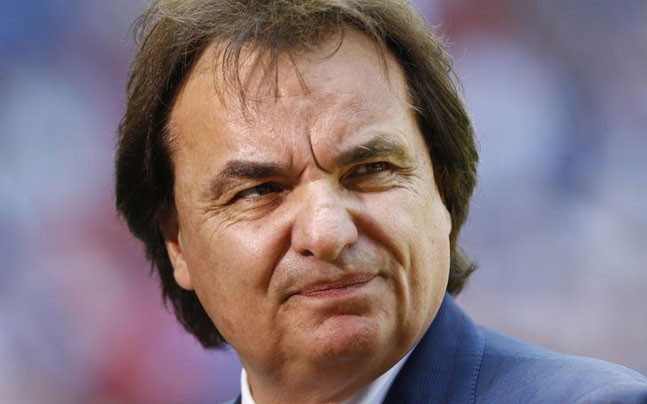 The Swiss Football League’s disciplinary body on Thursday hit President of Sion Football Club, Christian Constantin with a 14-month football ban and a hefty fine for assaulting a critical television commentator in September.
The Swiss Football League’s disciplinary body decided that the Super League club owner would have to pay 100,000 Swiss francs (103,000 dollars).
The disciplinary body also added that he has to stay away from stadiums for the punitive period, with immediate effect.
Constantin had slapped Rolf Fringer, a commentator, and former Swiss national team coach, after Sion had played Lugano on Sept. 21.
Report said when Fringer fell to the ground, Constantin kicked him.
The disciplinary body said Constantin had committed a “clear and grave violation of the rules of conduct” and had“discredited the values of football.”
Video footage of the incident showed the club owner going berserk on the sidelines after Fringer had called Constantin “a narcissist with zero empathy.”
-DPA
Club Owner Handed 14-Month Ban After He Slapped Commentator During a Game was last modified: October 12th, 2017 by Arinze Ago