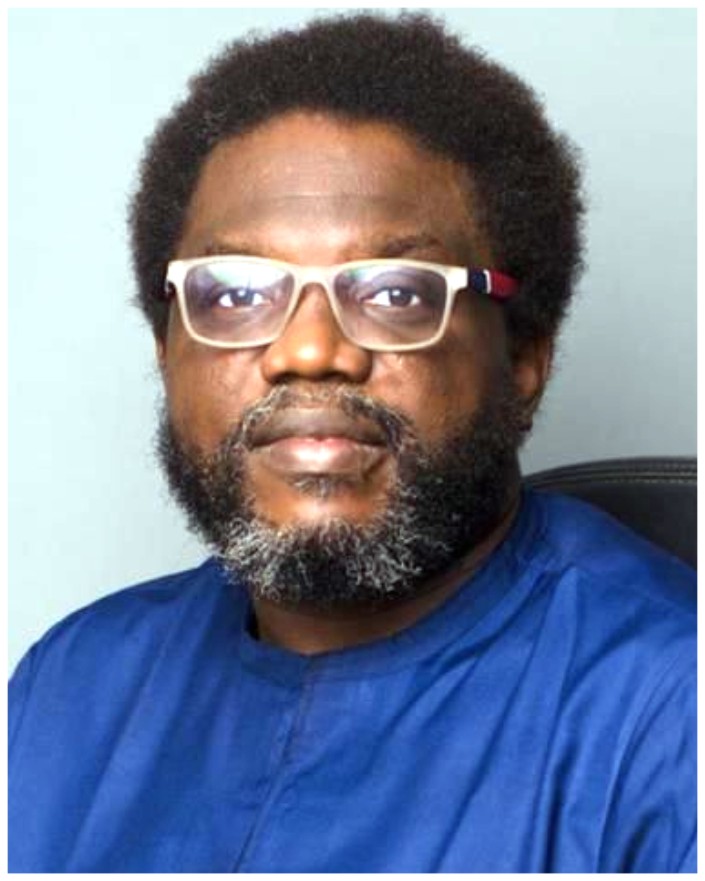 Last week, Monday 21st February, Comrade Ayodele Adewale, who is the Organising Secretary of Lagos APC was our guest at our regular City People Political Roundtable session, where we usually grill top politicians on the political situation in the country and their plans. He has been activist all his life and a popular grassroot politician.

Many don’t know, he started his political career as a student and went on to join the Progressive Camp during the  days of Asiwaju Bola Tinubu as Governor in Lagos. Although he is from very comfortable family, he chose the path of activism and he told City People his story. It was a stimulating session as he spoke about his success story in activism and politics and what many don’t know about his political godfather, Asiwaju Bola Tinubu.

Comrade Ayodele Adebowale Adewale was born on February 19, 1975, has a rich pedigree. He is from the Adewale family in Ondo. His father was born into the Adewale Olomiyete family of Ipele in Owo Local Government area of Ondo State, while his mother was born into the Festus Akinwumi Clark family (the First Postmaster from Sierra Leone) of Wellington Villa in Lafiaji Area of Lagos Island, Lagos.

His maternal great-grandfather was one of the returnees from Saro Clan, Freetown in Sierra Leone. He came back to Lagos in the 18th century after the colonial adventurers took them away. On arrival, he got married to a very successful businesswoman, Matilda Ukegbuli Boyo, daughter of the legendary chief OkoroBoyo Daire of Itsekiri Kingdom.

The Clarke family was blessed with 4 lovely children, among whom was  Ayodele, who was the first and only son of the couple. He was married to Princess Remilekun Damiana Oloto, daughter of Prince Moses Oloto and first granddaughter of King Ajayi Oloto, the Oloto of Oto land in the Oyingbo area of Lagos while her mother, Mrs Christiana Kosiba Quashie Oloto was from Kaita in Ghana.

Comrade Ayodele Adewale started his education at St. Christopher Nursery and Primary School, Lagos, in 1977. In 1979, he attended Universal Primary School 1 (UPE) FESTAC Town, Lagos where he completed his primary education in 1985.

In 1985, he proceeded to Amuwo Odofin Boys High School, Mile 2, Lagos, where he completed his Junior Secondary School, and moved to the prestigious St. Gregory’s College, South-West Ikoyi, for the concluding part of his secondary school education, where he obtained his Secondary School Certificate Examination (SSCE) in 1992. He later gained admission into Lagos State University, Ojo, Lagos in 1997 where he bagged his BSc.(Hon) in Chemistry.

Given his disposition for an ideal and egalitarian society, Ayodele Adewale ventured into students unionism whilst at the university and quickly became a frontline Students’ union activist, as a two-term member of the parliament before rising to become the President, of Lagos State University Students Union at his 200 level, and later, the Public Relations Officer, National Association of Nigerian Students (NANS) and also contested for NANS President.

After graduation, he proceeded for his NYSC orientation program at the Bureau of Science and Technology, Uyo, in the office of the Executive Governor, Akwa Ibom State. While in service, he ran for the position of President, NYSC Youth and Tourism Club and he won unopposed after his intimidating credentials were read out; other aspirants simply stepped down.

After his NYSC Youth Service program,  he proceeded to work in Asiwaju Bola Ahmed Tinunbu led government in Lagos State, in the office of the SSA on youths and students Comrade Olusegun Mayegun.

At present, he is the Managing Director, Hausbock Links And Development LTD.

Comrade Ayodele Adewale’s relationships and early experiences defined and honed his passion and conviction to create a better social and economic environment. He is a believer of Dr Martin Luther King (Jnr.) active and non-violence civil actions, as well as, Mahatma Gandhi’s principle of non-violence civil resistance. He has read and imbibed the doctrines of many socio-political icons including Prof. Wole Soyinka, Chief Obafemi Awolowo, Dr. Beko Ransome-Kuti, Chief Gani Fawehinmi, Prof. Jadesola Akande, Asiwaju Bola Ahmed Tinunbu and many other non-violent advocators.

His guidance and mentorship in this area were acknowledged by the National Association of Nigerian Students (NANS) who honoured him with an award as an Icon of Humanity/Societal Development 2018 after he left the organization as its National Public Relations Officer 18years ago in the year 2000.

Comrade Ayodele Adewale’s administration regularly engaged with the community and stakeholders via town hall meetings which facilitated the smooth implementation of the Local Government development agenda.

Under the Public Private Partnership (PPP) model he was able to partner with the private sector to push through its development in health care. His administration rehabilitated the health centres, bought medical equipments, and created welfare packages to attract experienced retired doctors, NYSC doctors and medical health workers to support the medical centres.

The Local Government collaborated with the private sector laboratory centres, pharmacies and plugged their services into the public health service. With these initiatives, the local government was able to offer free basic primary health services to all, gave special attention to the aged and children especially with provision of free drugs.  It is on record that the administration paid N100,000 and N70,000 monthly salary to NYSC Corps doctors at the riverine and Up land area respectively and also provided them with accommodation. Other disbursements included – NYSC nurses N50,000, NYSC teachers N50,000 at the riverine and N35,000 at the up land, NYSC Engineers were N50,000 and the least NYSC Corper was paid N20,000. His administration took the highest number of Corps members in Nigeria. At a point his administration was paying in total over 5,000,000 naira as salary.

The Comrade Ayodele Adewale administration also employed 820 non pensionable workers into all the departments and units. The salary cost was over N26, 000,000 naira monthly. Amuwo Odofin Local Government won the award for Best Local Government  in Health in the year 2011, 2012, 2013 and 2014. At the start of his tenure the level of road degradation was horrific, with a high percentage of roads impassable and drainage blocked. His administration created a Public Works Department manned by skilled personnel with the requisite technical knowledge to implement a road rehabilitation programme.

Within the first 18 months of his administration, 80% of road networks had been completed.

Comrade Ayodele Adewale was also able to deliver on a campaign promise to reconstruct the circular road in Mile 2 Low Cost Housing Estate which had been neglected for over 22 years.

He significantly improved the Internally Generated Revenue of the Local Government by the introduction of e-governance and also working with the private sector under the Public Private Partnership (PPP) model to supplement limited public sector capacities to meet the growing demand for infrastructure development.

He established good diplomatic relations with the foreign embassies in Nigeria especially the USA, UK and Austria. He worked actively with their commercial units to support the developmental goals of the local government. Based on Amuwo Odofin Local Government’s strong reputation and track record, the British Deputy High Commission pledged its support and for filled its assurances of a mutual prosperity agenda through developmental projects.

The Consul General of the United States of America to Nigeria, Mr.  Jeff Hawkins and late deputy British high commissioner to Nigeria Mr. Peter Carter paid several courtesy visits to the office of comrade Ayodele Adewale while maintaining robust friendship with the local government and comrade Adewale. We also hosted several interns from countries of the European Union like Estonia, Italy, UK and France. Some stayed for 6 months while others stayed for 3 months.  Comrade Ayodele Adewale has attended several capacity building programmes including the UK Trade & Investment/British Expertise-organized Master Class on Public-Private Partnership (PPP) in London amongst severals.

Comrade Ayodele Adewale came from a civil society background with no public sector experience but he had the will and determination to serve the community. By the end of his administration, he had transformed Amuwo Odofin Local Government into a thriving community – free healthcare, good roads, cleaner environment, fuller citizen participation and adequate security which was is his Hallmark.