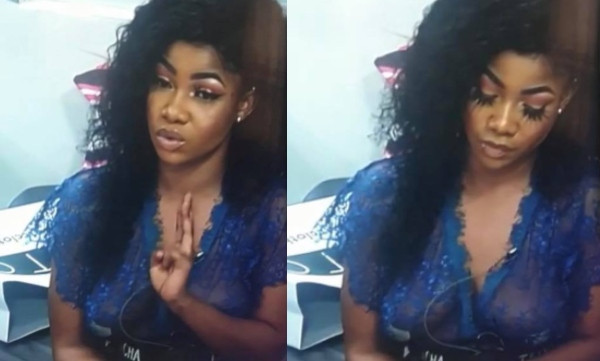 On Monday, a seemingly excited Do2dtun took to his Instagram page to intimate his fans of the proposed interview with Tacha on live radio. He said the interview would hold on Wednesday.

Shortly after the post went viral, the Cool FM presenter, however, took to his handle to announce that he might have to cancel the interview.

The cancellation, according to him, was due to the death threats he got from Tacha’s fans on grounds that he was a fierce critic of the reality TV star while she was in the house.

But weighing into the drama, TeeBillz, who was recently unveiled as Tacha’s manager, apologized to the OAP over the alleged death threats.

This was even as he pleaded with a section of Tacha’s fans who christened themselves “Titans” to maintain tranquillity.

Noting that the brewing hostility was not in Tacha’s favour, TeeBillz enjoined the rankled fans to bury the hatchet, especially at a time when the former housemate is repositioning herself.

“The management apologizes for any mishap,” he wrote.

“Big Brother Naija was a game, a beautiful experience with life lessons for Tacha @symply_tacha, every criticism during the show was according to personal views and everyone owns a right to their opinion. It doesn’t necessarily have to be the same as yours or yours as theirs.

“Now the game is over, its time for reality! Tacha is embarking on a fresh start with a completely different journey.

“There isn’t going to be a journey without the largest fanbase #TITANS, I know your love runs deep for her brand but we have to extend this love to every human, It is important that THE TITANS are also a part of this growth journey. Let’s spread love always. We love you all.”

She was disqualified from the house following a physical altercation with a Mercy Eke, a fellow housemate, who eventually emerged winner of this year’s edition of the show.

Until her disqualification from the reality show, Tacha was the subject of heated discussions among followers of BBNaija due to her controversial nature.