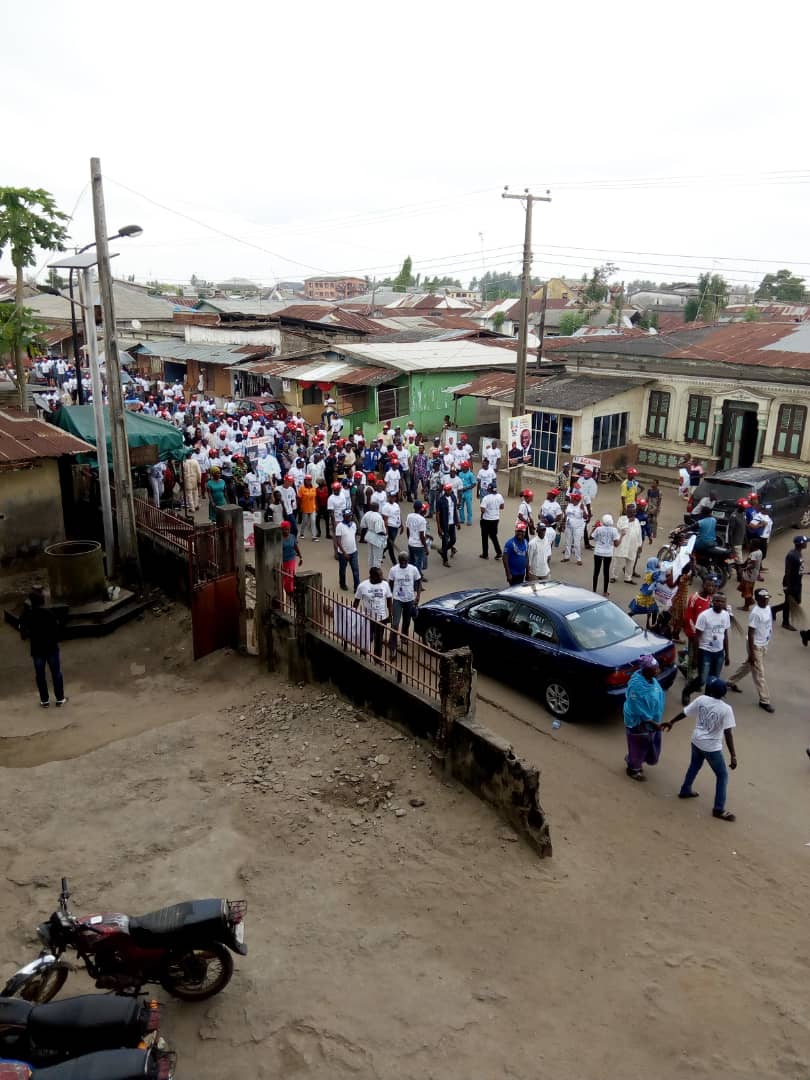 Four persons were feared to have died on Sunday afternoon in Kogi as hundreds of residents stormed a warehouse in Lokoja in search of COVID-19 palliatives.

The warehouse, located along the Murtala Mohammed Way, close to Kpata the market was reportedly invaded as early as 7 am on Saturday through Sunday, mostly by the women.

The fatalities, it was gathered, resulted from a stampede by residents who rushed at the government warehouse.

The State Government had last week commenced the distribution of COVID-19 palliatives to the 21 local government areas.

Each local government area got at least one trailer load of palliative items, including rice, semovita, indomie noodles and pasta in 10 kilogram packs.

The siege on the warehouse, it was gathered, might not be unconnected with an order by Governor Yahaya Bello the remaining items be distributed to people.

A source, who claimed to have been at the scene, told The Nation the casualties were recorded despite warnings by security personnel deployed to the area the residents should maintain the peace and avoid anything that may lead to a stampede.

Some of the women, who spoke with our correspondent, confirmed they were there in response to the Governor’s directive that the remaining items be distributed to them.

Meanwhile, the government has expressed appreciation to residents who turned out to share in the palliatives.

The Commissioner for Information and Communications, Kingsley Fanwo, in a statement on Sunday said: “Report at our disposal showed that local government authorities ensured the palliatives reached the masses and helped in ameliorating the hardship visited on our nation as a result of the Covid-19 pandemic.

“We urge our people to continue to stand tall in public conduct as the government will always put their welfare on the front burners.

“The Government of Kogi State also wishes to sound a note of warning to miscreants that all constitutional efforts will be geared towards protecting shop owners in the state as any violation of law and order will be met with superior resistance by law enforcement agencies.

“Our people should go about their normal businesses as Kogi State remains safe.”