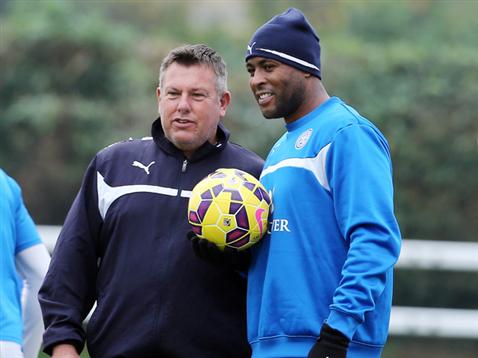 Craig Shakespeare who is currently acting as the caretaker boss is firmly in contention for the Leicester manager’s job on a longer-term basis following.

Shakespeare was Claudio Ranieri’s assistant and has popularity among the club’s players.

A 3-1 win over Liverpool on Monday gave him the lifeline to secure the job until at least the end of the term.

“Could I do the job? I think I can. Does it faze me? No. We have to make sure the owners do what’s right for the football club.” He said in the post-match interview on Monday

No time limit has yet been set for the appointment, but if Shakespeare remains in charge for Saturday’s home match against Hull City in the Premier League – a vital game for both clubs – a return of at least four points out of six and improved performances would count in his favour.

“My remit was get them ready for Liverpool and I have done that,” Shakespeare said.

“Let’s see what happens. I think it might be too early to make an appointment but the club will come to me if there are any changes.”

Shakespeare represents continuity, having been at the side of previous managers, Nigel Pearson and Ranieri.

And, with just 12 games left this season, other candidates with higher profiles may not feel they have enough time left to arrest the slide.