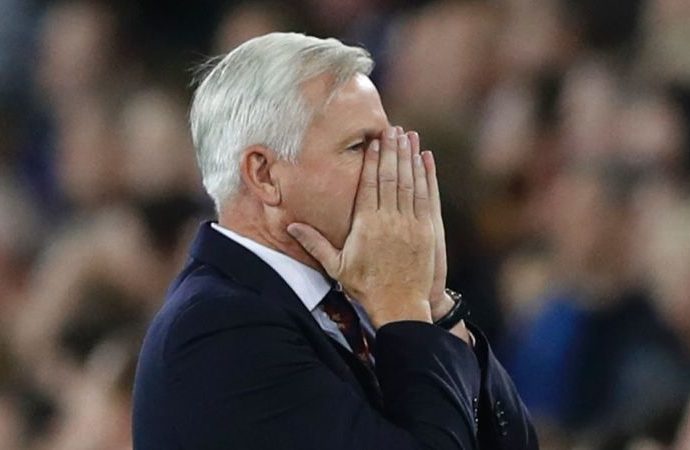 Crystal Palace have sacked manager Alan Pardew, the Premier League club have said in a statement, and announced plans to find a replacement “as quickly as possible.”

Pardew, who was appointed in January 2015, has overseen only one win in the past 11 Premier League games and leaves the club 17th in the table, one point above the relegation zone.

In a statement on the club’s official website, Pardew expressed his sadness at departing a club that he also served as a player and thanked everybody for their support.

He said: I would just like to take the opportunity to thank everybody at Crystal Palace for their fantastic support. In particular a big thanks to the players who gave me absolutely everything and Steve Parish and his Board.

Personally I have a lot of good feelings for this football Club and am sad that my time there has ended.

I feel that I have a special bond with the club and hope that hasn’t been affected, I wish everybody associated with the Club the best of luck in the future including of course the fans who have been magnificent.

Former Newcastle, West Ham United, Charlton Athletic, Southampton and Reading manager Pardew arrived midway through the 2014-15 campaign with the club battling relegation but eventually guided them to a 10th place finish in the Premier League.

Despite reaching the FA Cup final the following season, which they lost 2-1 to Manchester United, he was unable to improve their league form, with Palace winning only twice in their final 21 games to finish 15th.

Pardew was backed in the transfer market last summer and signed Andros Townsend for £13 million and Christian Benteke for a club record £27m plus add-ons but Palace have not convinced.

Palace chairman Steve Parish told the club’s official website: “I would like to put on record our sincere gratitude for the tremendous service Alan has given us, both in his time here as Manager and previously as a player.

“Following a fantastic second half of 2014-15, the 2015-16 season culminated in only narrowly missing out on winning the FA Cup as well as securing our Premier League place for a record-breaking fourth time. During his tenure Alan’s hard work and dedication were without question, he has improved so many areas of the Club and we wish him the very best for the future.

“With games now coming thick and fast over the holiday period the Club are hoping to put someone in place as quickly as possible but have nothing to say about a replacement at this time.”