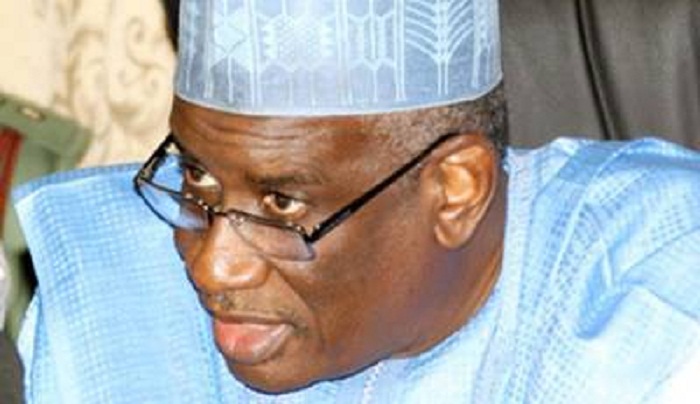 The trial of a former Chairman of the Peoples Democratic Party (PDP), Mr Haliru Mohammed, has opened before Justice Ahmed Mohammed of the Federal High Court in Abuja.

At the commencement of the trial on Tuesday, the Economic and Financial Crimes Commission (EFCC), presented its first witness, Rouqayya Ibrahim, an analyst in the Forensic Unit of the Agency.

The witness told the court that during their investigation in 2015, the Agency ‎discovered documents from the office of the Accountant General – a letter written by the Ministry of Finance to the Central Bank of Nigeria, requesting for the sum of 100 billion Naira with 30 billion Naira specifically earmarked for security issues.

Mrs Ibrahim further said that 300 million Naira, out of the 30 billion Naira, was paid into the account of the office of the National Security Agency and transferred into an account with Sterling Bank, named Bank Project and Property Limited.

She added that the payment of 300 million Naira, was paid in two tranches into the same account on February 27, 2015.

The witness further revealed that there was a transfer of 50 million Naira, in five tranches of 10 million Naira each to the Abuja Geographical Information Systems for the purpose of mass housing development.

Mrs Ibrahim, however, said that the owner of Bank Project and Properties Limited was arrested and after a thorough investigation, he said that the payments were made on behalf of his father, who is the accused.

The trial has been adjourned till February 23.

READ ALSO: AUSTRALIAN TO SIDE, LASK ACCUSED OF RESUMING FULL TRAINING TOO EARLY

MUST READ: NOTABLE CITIES IN YORUBALAND & THEIR FOUNDERS.