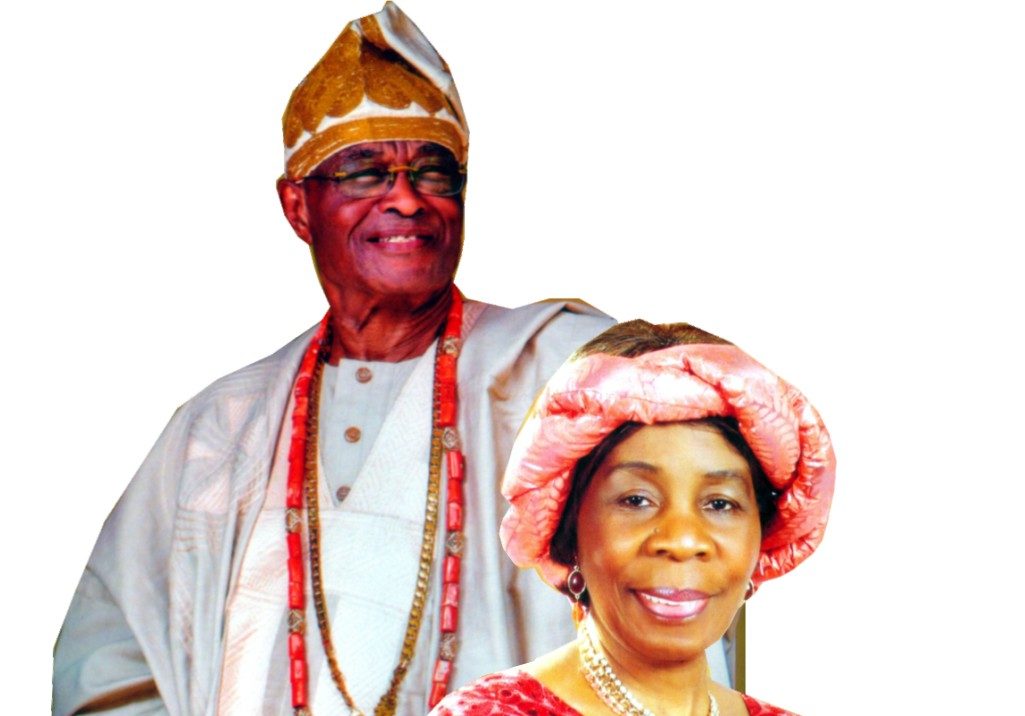 On Sunday, 29th September 2019, one of Nigeria’s most accomplished men, Deacon (Engr.) Adewale Olufunsho Oyemade celebrated his 80th birthday in Lagos. There was a thanksgiving service at The First Baptist Church, Lagos on Broad Street in Lagos. A reception followed immediately. Below, he reveals the story of his life.

To God be the glory, honour and adoration for my creation. I was born at the General Hospital, Ijebu-Ode on Friday, September 29,1939. My mother, Josephine Asabi Oyemade (nee Aderugbo), hailed from Ijebu-Isiwo, Ogun State. She died on December 18, 1987, at the age of 65 years and was buried on January 29,1988. My father, James Oluwole Oyemade, hailed from Ijebu-Ife, Ogun State, died on November 08, 1941.

I didn’t have the grace of knowing my father as he died when I was just 2 years old. But praise be to the Almighty Father for upholding and strengthening my dear mother to raise me properly. My mother, with the assistance of my uncles, did everything humanly possible for me to excel in life.

I started my Elementary Education in 1949 at Ade-Oshodi Memorial Baptist School, Tapa Street, Lagos and came out in flying colours with G2 Certificate in 1955. In 1956, I started my Secondary Education when I gained admission into Ijebu-Ode Grammar School where I obtained the West African School Certificate awarded then by Cambridge University. I was the Head Prefect of the school in 1960, the year I left. Now President, 1960 Jogs & Associates (1956 -1960 set of Ijebu-Ode Grammar School Old Boys Association).

In 1961, I worked briefly with Royal Exchange Assurance, Marina, Lagos as an Accounts Clerk and later moved to the Bank of British West Africa, Marina, now First Bank of Nigeria pic where I worked as a clerk in the Bills and Credit Control Department. I was later promoted as Assistant Manager overseeing my department. I left the bank in 1963 to the UK in search of further education and to pursue a definite career.

In the UK, I first stayed with my late uncle, Mr Augustus Adebayo Aderugbo, who made great efforts and sacrifices to lead me aright. Glory be to God, his efforts yielded rapid results.

My career began in 1963 when I enrolled as a student at the Hackney Technical College, London, starting with Building Engineering Course. But when a new Department of Structural Engineering was established at the Tottenham Technical College, now Tottenham Polytechnic, I switched to this College where I pursued Ordinary National Certificate (ONC) in two years instead of three years due to rapid promotion. I continued the Higher National Diploma (HND) Course in Civil & Structural Engineering at the same College after securing my first professional job/training with firms of Consulting Engineers in the UK.

I returned to Nigeria on July 1969, having secured from the UK my first employment after graduation with a firm of Architects/Engineers, Group Consultants Nigeria, as a Site Engineer on a massive Military Cantonment Project at Ojo, Lagos State. I worked as the Site Engineer for this project for almost eighteen months and thereafter was invited by Ove Arup & Partners Nigeria, a fully expatriate firm of Consulting Civil & Structural Engineers, for their suitability test which I passed excellently well.

I started my career with Ove Arup & Partners Nigeria as an Engineer in 1972 and my first team projects were the National Stadium Complex in Sururlere, Lagos, and Tafawa Balewa Square Redevelopment (formerly Race Course).

In 1974, I became an Associate Partner of Ove Arup & Partners Nigeria and full Partner in 1978. I later rose to the position of the Chairman of the Company until I retired in July 1998.

My Engineering career spanned over 35 years during which by the special grace of our glorious Father, I achieved the following professional qualifications. *Chartered Engineer. *Fellow British Institution of Structural Engineers. *Fellow American Society of Civil Engineers, P.E. and a Life Member. *Fellow Nigerian Society of Engineers.

In 1998, I came out of my retirement after an approach by an American Company, Forever Living Products International Inc. to run a newly established Company in Nigeria, Forever living Products (Nigeria) Limited.

Together with my wife, Susan Shola Oyemade, we accepted the challenge after attending the International Super Rally of the Company in Phoenix, Arizona, USA, in 1998.

We are very proud of our achievements with the help of the Almighty God, and our handiwork will forever remain indelible in Forever World. Forever Nigeria today, is among the top countries in Forever World of over 120 Countries. My wife and I retired as Managing Directors of Forever Living Products (Nigeria) Limited on December 02, 2007, having put the Company on a very solid foundation.

I thank the LORD Almighty, my Heavenly Father, for giving me the grace, strength and good health to serve Him.1 believe my calling is God’s doing to serve in His Vineyard! I started worshipping at The First Baptist Church Lagos, 24A Broad Street, in the early eighties after moving to Awolowo Road, South West Ikoyi. I have ordained a Deacon on October 25, 1997. I have been recognized by the various Departments of the Church, serving and contributing accordingly:

I am happily married to my darling wife, Susan Shola Oyemade (nee Haastrup) and blessed with children and grandchildren. Shola is a truly remarkable companion who is generous to a fault! Mummy-Wife, as I often call her can give her two eyes as donations for the comfort and happiness of others. I thank the Almighty Father for the lives of our children and grandchildren who continue to surround and contribute to our happiness.

Perhaps the most memorable journey so far was the Caribbean Calypso Cruise with Queen Elizabeth II (QE2), the world’s largest cruise boat at the time. It was a three-week cruise from Southampton, UK, to Panta Delgada, Portugal, Antigua, St Kitts, Bonaire, St Vincent, Cape Verde Islands, Grenada, Barbados and return to Southampton. I am still hoping to cruise around the world (three months!) with Queen Mary 2, the current world largest cruise boat. I pray that the Almighty God would give me the opportunity to do so.