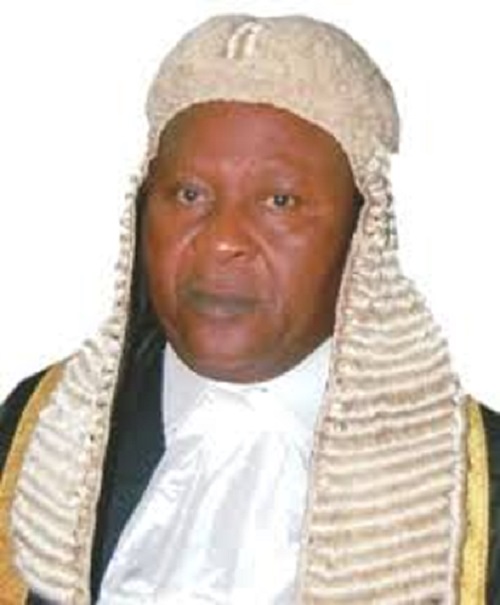 The true reasons why the Speaker of the Delta State House of Assembly, Chief Monday Igbuya was impeached have been revealed.

The reasons for the impeachment of the speaker of the Delta State House of Assembly, Chief Monday Igbuya on Monday morning has been revealed.

The members of the Delta state House of Assembly impeached Igbuya over allegations of financial misappropriation and highhandedness. He was replaced by the member representing Okpe Constituency, Chief Sheriff Oborevwori.

It was also learnt that the Deputy Speaker, Mr Friday Osanebi presided at the assembly sitting where the former speaker, Igbuya, was impeached alongside the Majority Leader, Tim Owhofere.

According to Punch, the sitting for the impeachment processes started about 7:06am which was against the usual 10am for sitting by the House, and was fully attended by members excluding the impeached principal officers who were absent.

The lawmakers also suspended the impeached speaker for three months while the former Majority Leader who has now been replaced by Mr Johnson Erijo was however handed an indefinite suspension.

At the end of the sitting, the new Speaker and other members however proceeded to Government House to intimate the state Governor, Dr Ifeanyi Okowa, of the changed in the house leadership.

The governor was still at a closed doors meeting with the assembly members at the time of filing this report.

Why Delta State Speaker was Impeached and Suspended was last modified: May 11th, 2017 by Arinze Ago

Ibori, Okowa, Others Mount Pressure For Reversal Of The Impeachment of Delta State speaker | City People Magazine May 11, 2017 at 6:53 pm

[…] insisted that the former speaker of the House, Monday Igbuya, representing Sapele constituency, stands impeached and suspended for three […]