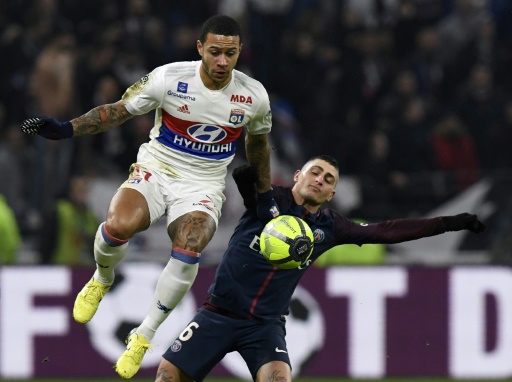 Unai Emery’s leaders were without Neymar, saw Kylian Mbappe suffer an injury and had Dani Alves sent off in a thrilling top-of-the-table clash at Groupama Stadium that featured three contenders for goal of the season.

Former Man United winger, Memphis Depay’s wonder strike in injury-time secured the win for Lyon, who are placed second in the Ligue 1 table.