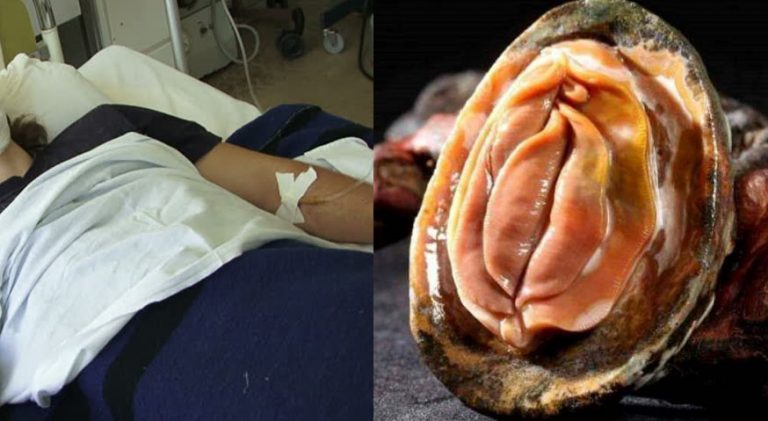 We have to admit it, sex is a physical need. While women can go to their girlfriends, a counselor, a guy friend, a mother, father, relative, aunt, to connect and talk to people. Men don’t generally do this.  For a lot of men, his woman is the only place he can go to for connection and love. His woman is often the only source he has. And without a woman by his side, a man’s only option is to go solo.

A Singaporean man was desperate for sex, and felt the need to satisfy what he has been craving for. Sadly, he didn’t have a partner around. He then thought of something no man has ever thought of: making love to an oyster.

He said: “I knew it was wrong but one day after work when I was walking home I stopped at the market to buy one oyster.

“I asked the vendor to get me the biggest one. He was a bit confused that I only wanted to buy just the one oyster, but I said I only needed one.”

He hurried home and waited for the oyster to thaw: “I had to leave the oyster to come to room temperature because it was still chilled from the market.”

He applied some lube to his penis and turned on his favorite soundtrack to enhance the ‘mood’.

“The oyster that I purchased looked really inviting. When it was warm enough I just slipped it right in and started pumping.”

Everything went well for the man at first: “The oyster that I bought was quite big, so I was able to penetrate it quite deeply.”

But as things started to go smoothly as he had planned, he didn’t realize that he had already lost control and began thrusting vigorously.

He said: “I just lost control, I knew I should have been more careful because the shell was razor sharp.”

Just a few more thrusts to completion, he slipped out of the oyster’s meat and sliced the underside of his penis against the sharp shell. He froze in panic for a second, and when blood started gushing out, he yelled out in pain and fainted.

Worried neighbors heard the man’s cry and rushed to his aid: “We heard him cry out and pushed in his door. We saw blood everywhere and feared that someone had stabbed him. But then we saw the oyster and the lube and became more concerned.”

The man woke up after surgery, he received 67 stitches to repair the deep wound to his penis, but he believes he is lucky: “If I’d caught it on a different angle I could have severed it completely.”

The injured man hopes that his story will act as a warning to any other men curious about sex with shellfish: “While I will admit it felt pretty good, the risk of losing your penis is just not worth it. If I’d been a bit smarter, I would’ve taken the oyster out of the shell first.”

Desperate Man Accidentally Slices His Manhood After Trying To Make Love To a Fresh Oyster was last modified: July 25th, 2017 by Reporter

How TUFACE & I Set Up RUMOURS 6 Years Ago Breakfast With Niteclub Guru, DOTUN OMOTOYE

Ogun State Agog for the Celebration of...